Television actors Dheeraj Dhoopar and Vinny Arora complete 12 years of togetherness. The duo met each other for the first time on the sets of the daily soap Maat Pita Ke Charno Mai Swarg in 2009. In the show, Dheeraj and Vinny played the leads and it was also Dheeraj's first show on Television. 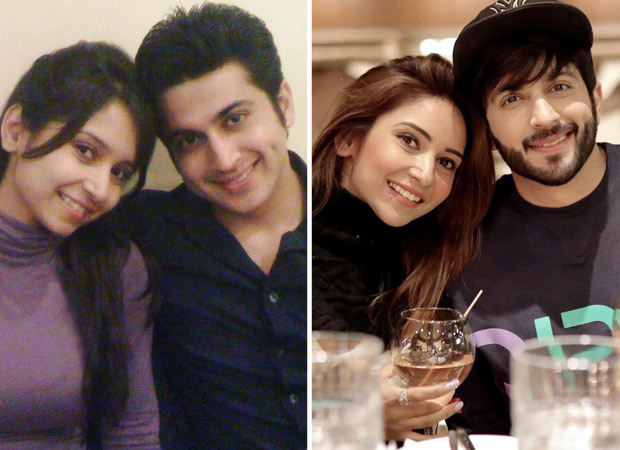 The couple has a great fan base among the audience and they are also one of the most celebrated couples in the Television industry. As they have completed 12 years of their first meeting, Vinny took to her Instagram and shared an adorable post. In the post, the actress shared two pictures, one of which was from their recent dinner outing while the other was a throwback picture.

Sharing the picture, Vinny wrote a heartfelt note in which she thanked fans and said it is because of them that she celebrates this #viraj day. The actress wrote, "Okay ! I try & not make a big deal out of this day (this is the day me & @dheerajdhoopar met 12 years ago & I fell in love instantly) but the instafam always does, they call it #viraj day & always touch our hearts with their messages/posts/edits. Beyond grateful for having @dheerajdhoopar in my life & equally for having all you loving people. Thank you for making it special always #beforeafter #10yearchallenge #viraj."

Dheeraj Dhoopar and Vinny Arora, after dating for several years, finally tied the knot on 16 November 2016.