Actor Kumail Nanjiani is set to star in Marvel's The Eternals. The actor underwent an incredible physical transformation and the shirtless photographs of his ripped avatar went viral on social media. While the actor has been hyping up the project, he has revealed interesting detail and that is related to Bollywood. 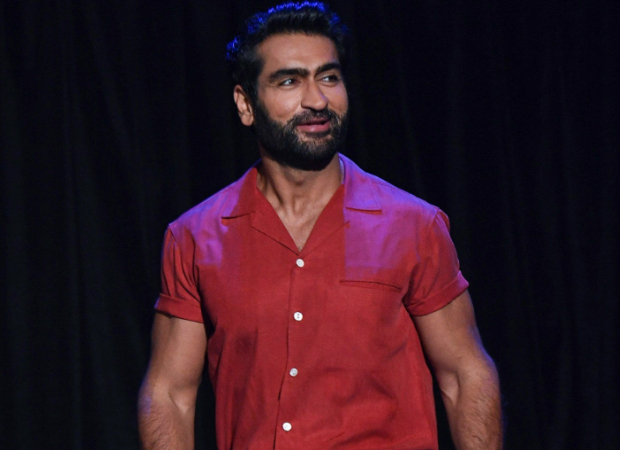 During the filming, many photos surfaced from the sets of the film in which Kumail Nanjiani was seen surrounded by backup dancers while dressed in elaborate attire and makeup. Explaining the context behind the scene, the actor revealed to the New Hollywood Podcast that there will be a Bollywood dance number. “A lot of it takes place in the present day. My character, for instance, is like ‘OK we’re supposed to keep a low profile, no one should know.’ So I become a Bollywood movie star, that’s my secret identity. We’re supposed to keep quiet and I’ve become the biggest Bollywood movie star," he said.

He further elaborated, “I was like, we went from, like, none of us, to so many in one scene!”

Speaking of the insane training he underwent for the role, the actor said, "I took months of Bollywood dance classes to prepare for that. It’s really a workout… and you know, there’s like 52 dancers, and 51 of them are professional dancers, and then there’s me!”

The Eternals will be the next superhero team that will release on November 6, 2020. The film stars Angelina Jolie, Salma Hayek, Richard Madden, Kit Harington, and Brian Tyree Henry.

ALSO READ: Kumail Nanjiani says The Eternals is the most sc-fi of all Marvel movies, speaks about his viral shirtless photos