Last Updated 27.09.2022 | 12:32 PM IST
feedback language
follow us on
Bollywood Hungama » News » Bollywood Features News » Kubbra Sait makes a shocking confession about sexual abuse in her memoir – “He was no longer my uncle as he rubbed my thigh”

Known for her unconventional roles, Kubbra Sait recently took up the chance of writing her memoir in association with Harper Collins titled, ‘Open Book: Not quite a Memoir’. The actress confessed in the book that she was a victim of sexual abuse and that for quite some time, was abused by her ‘uncle’ who her family thought was an angel. 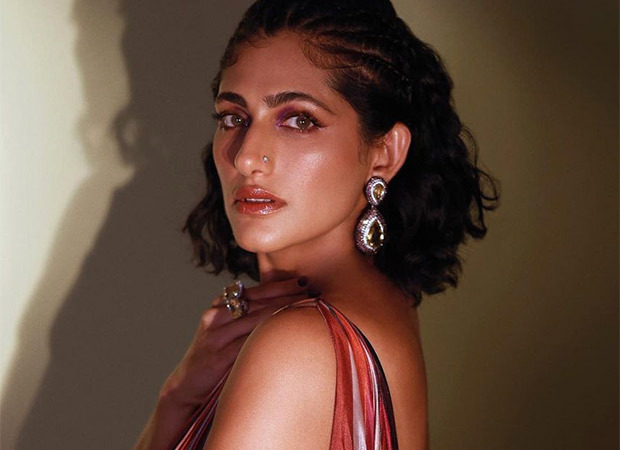 Kubbra Sait had mentioned in her memoir that she started frequenting a restaurant in Bengaluru when she was seventeen and how gradually, her family became quite close friends with the restaurant owner aka ‘uncle’. She spoke about how a friendship was blooming between this ‘uncle’, she and her brother Danish, so much so that, ‘uncle’ wanted her to call her by his name, whom she referred to, in the book as ‘X’.  She spoke about how he became an angel to her family when he started helping her parents, especially her mother during their financial crisis.

Speaking about the first time she realized his intentions, the excerpt from her memoir read, “When Mumma sighed at the reprieve that cash provided, I sighed too. Just then, a hand slid to the back seat of the car where I was sitting and slid up my dress. X, who was no longer my uncle, smiled as he rubbed my thigh. I was numb in that moment.”

During a major fight that happened between her parents, Kubbra went to confide in X who promised to help her and her family to get out of this situation but convinced her to meet him because he was worried for her well-being. The excerpt read, “‘But I am worried for you, Kubrati. Don’t go to college today. See me at Richmond Hotel. I am there na… we’ll sort everything out.’ He drove down and took me to the hotel. He stroked my face and murmured about how tired I looked. Then, he kissed my lips. I was shocked and confused, but I couldn’t utter a word. This was not supposed to happen, but it was happening. I should have screamed, but I could not. I should have run for help, but I was shell-shocked. The kiss grew. He convinced me it was what I wanted, that it would make me feel better. He kept repeating it until I felt deafened, and then he unbuckled his trousers. I was unsure of what exactly was happening, but I remember thinking, I am losing my virginity.”

In the memoir, she also described about how frequent the abuse had gone. “From that moment on, X grew like a virus in my home. If I resisted him, he would stop taking Mumma’s calls. When she asked him why he wasn’t, he would say, ‘Ask your daughter, Mamadi.’ And Mumma would come and berate me, ‘Phir se lad liye do jane? Nahin karna beta. See how much he does for our family. He is more than family. [Fought again, you both have? You should not, child…]’ I was being sexually abused, and no one in my close perimeter could even tell. X was married and had a child. In the two and a half years that he sexually abused me, he went on to father another child. All the while telling me how much he loved me and that if I told my family or Mumma about us, it would destroy us. I believed every word he said,” read the excerpt.

She went on to add in her memoir that she was relieved when she got an opportunity to move to Sharjah away from all of these and immediately jumped on it when she had the chance. She also mentioned that she told her mother about this abuse very recently during a car ride so that she can’t escape this conversation. Later, her mother apologized for all that her daughter went through recently, said the memoir.