Last Updated 06.07.2020 | 10:40 AM IST
feedback language
follow us on
Home » News » Bollywood Features News » Bollywood News Krystle D’Souza dedicates a cute post for ‘Bhai’ Hardik Pandya but the two of them are heavily trolled for it!

It seems that Hardik Pandya is facing severe resistance from many on social media even today after the Koffee With Karan controversy has subsided. The cricketer ended up creating uproar over his comments ‘Main karke aaya’ that he said on national television with many condemning his misogynistic attitude and called him out for objecting women. The cricketer once again became a subject of troll when TV actress Krystle D’Souza posted a photo of her with Hardik Pandya calling him ‘bhai’ aka brother! 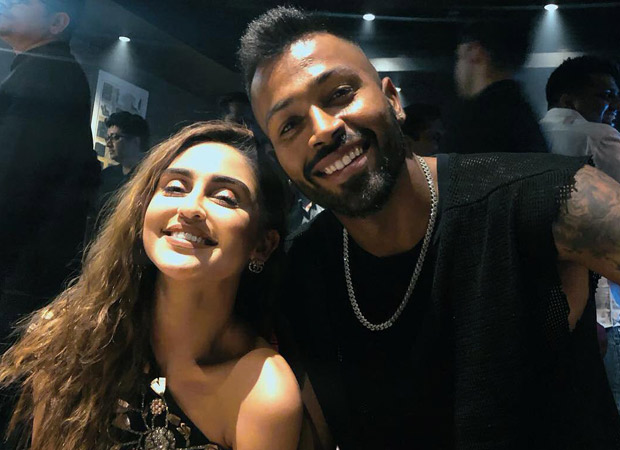 Krystle D’Souza recently caught up with her cricketer-friend Hardik Pandya and like any other Instagrammer, decided to capture and share the moment. Little did she know that this would result in yet another troll session for the social media users! She posted this picture with the caption that read, “Mere Bhai Jaisa Koi Hard ich Nahi Hai.”

The cricketer, who also faced repercussions for his comments on Koffee With Karan 6, yet again became troll material for netizens as they posted several comments hinting at his famous line ‘Main karke aaya’. Here’s a look at it. 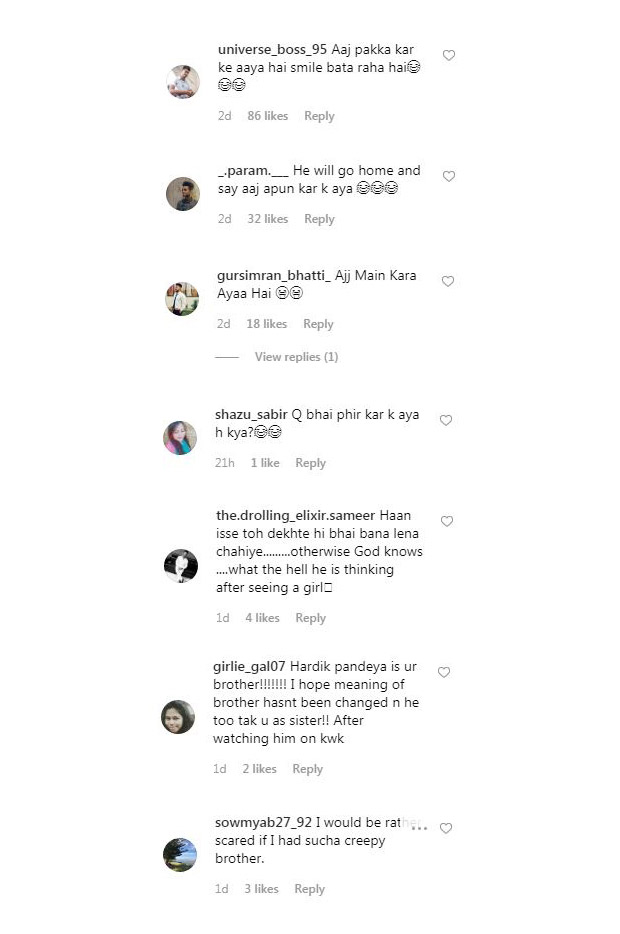 Krystle D’Souza dedicates a cute post for ‘Bhai’ Hardik Pandya but the two of them are heavily trolled for it!

Followed by that, actor Aparshakti Khurrana came up in support of the actress and appreciated the work of Hardik Pandya. He said, “Hi Sameer. I think you should not write such comments and definitely not use such language. We all love Hardik because he is a performer. You should rather encourage the Indian team, specially before the World Cup.” Responding to his comments, Krystle too took to Instagram to comment saying, “That’s so well put! People are so mean and obnoxious and just because they are sitting behind a screen typing, they think they can get away with anything! I guess ignorance is bliss in this case! Their words make no difference to his superb performance…. BUT Thank you.”

Also Read: Hardik Pandya – Koffee With Karan 6 controversy – Here’s how the cricketer was trolled while playing a match recently