Actress Kriti Sanon has flown to Jaisalmer with the team of Bachchan Pandey to kick off the shooting of the film. The film stars Akshay Kumar, Jacqueline Fernandez in the lead roles. Before the shooting begins later this week, the actress went on an adventure ride. Kriti Sanon fulfilled her dream to ride a bike whilst a song plays in the background. 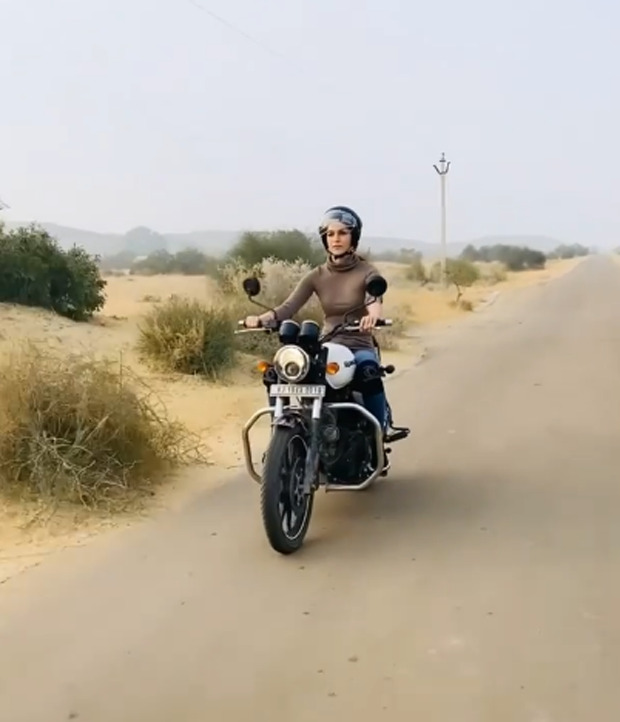 ALSO READ: Sajid Nadiadwala is all set to shoot Bachchan Pandey in Jaisalmer from January 6