Kriti Sanon is currently gearing up for her next – Mimi in which she will be seen essaying the role of a young surrogate mother. The actress has been busy shooting for the film for quite some time now and fans are looking forward to seeing her in this avatar. The actress is currently shooting in Jaipur. 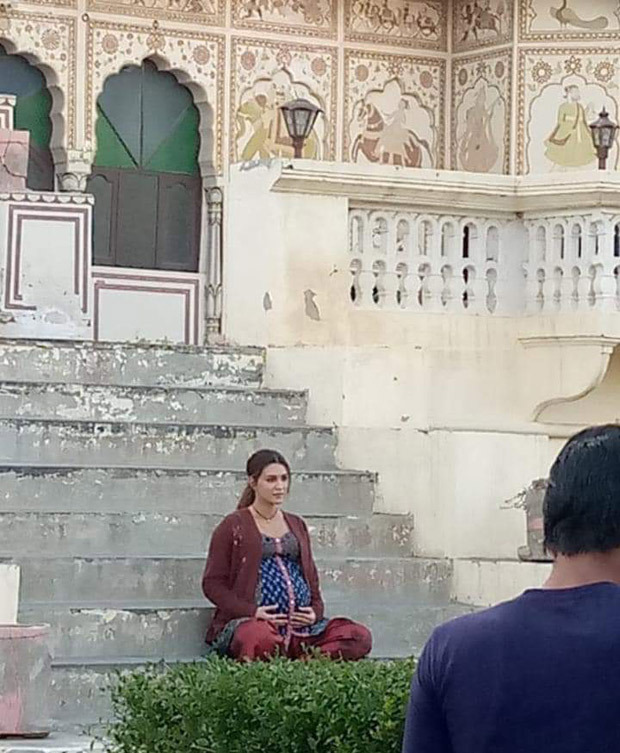 In a leaked photo that has surfaced online, Kriti Sanon is seen dressed in simple salwar kameez with a sweater. The actress is sitting on the stairs while cradling her baby bump.

Earlier this month, she took to Instagram to share a photo with Laxman Utekar and Saie Tamhankar from the sets of the film. She wrote, “When everyone is happy being on set!! 2nd schedule of Mimi!”

Directed by Laxman Utekar, Mimi is the story of a young dancer in Mandawa and how she ends up being a surrogate for a couple. Whatever follows next, changes her life. Leaving no stone unturned for her role in the film, Kriti has been gaining weight off late. For the unversed, she has to put on 15 Kgs for her character in the film.