Koffee With Karan season 6 finally saw two cricketers gracing the show. The new guns of Indian Cricket Team, KL Rahul and Hardik Pandya, made their debut on the chat show. While KL Rahul was goofy yet interesting to watch, Hardik Pandya was more on problematic side. In the whole episode, he could not stop himself from boasting about womanizing and that did not go down well with the netizens. 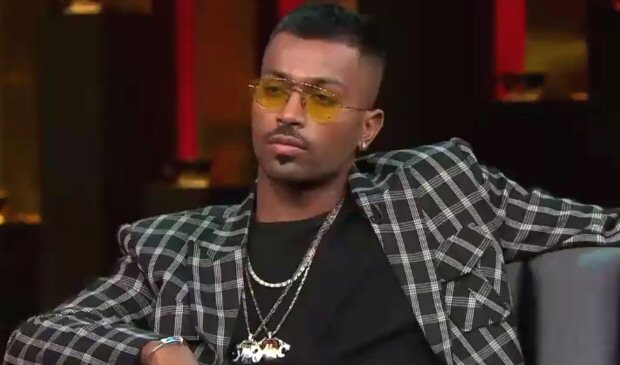 As the Karan Johar spoke about the personal lives of the cricketers, KL Rahul praised how Hardik  Pandya is very open about his personal life to his family. He narrated an incident where he had gone to a party with his parents and they asked him with whom he had a 'scene'. He said, "And I actually had to tell them. 'This one. This one. This one." He also spoke about losing his virginity and how he openly boasted it to his parents, "Aaj mai kar ke aaya." (I did it today).

When asked to choose better batsman between Virat Kohli and Sachin Tendulkar, he chose the current Indian Cricket Team Captain. These comments did not go down well with the netizens as they brutally slammed the cricketer for his toxic masculinity and misogynistic statements.

The #KoffeeWithKaran epi further proves that cricket is not a gentlemen's game. It's dominated by UC, nationalist, sexist men who're smug about their privilege and the crazy fan following they have. This I say as someone who loved the sport. I've evolved and idc anymore.

Watching Koffee with Karan (or however you spell it) with Hardik Pandya and KL Rahul and the toxic masculinity and racism egged on by Karan Johar’s giggles are the reason why Indian men are encouraged to unapologetically misogynistic. Unfortunate!

No wonder KL Rahul and Hardik Pandya struggle as a batsmen. pic.twitter.com/QhpedekLYV

don't know why I always feel that hardik pandya is a smuggler who is using cricket just as a cover to transport drugs in kits.

This is so classic! All guys are offended that Hardik Pandya chose Virat over Sachin and not by his absolutely disgusting, classless, misogynist behaviour. #KoffeeWithKaran

On #KoffeeWithKaran KL Rahul and Hardik Pandya said Virat Kohli is better than Sachin Tendulkar. Completely agree with them. I also feel Hardik Pandya is a better all-rounder than Kapil Dev and KL Rahul is a better opener than Virender Sehwag. pic.twitter.com/KO4ihBRVpu

Someone please tell Hardik Pandya that what he thinks is a 'cool-idgaf-badboy' image comes out as nothing but creepy and gross.

It might have been fun initially to watch two young sportsmen letting their guards down, but the obnoxious and misogynist attitude of Hardik Pandya just was too much to take in. At one time, cricket was called a gentleman's sport. Where has all the class gone? #KoffeeWithKaran

Hardik Pandya in Koffee with Karan is the classic example of 'empty vessels make the most noise'. Only if wearing Gucci shoes made someone a gentleman. Sigh! https://t.co/HMEkHr65rb

Hardik Pandya is an obnoxious, sexist asshole, who’s attracted to “black” culture and looks at the opposite sex as one big scoring ground. How does it matter if he picked Sachin over Virat! There are bigger worries, like how the idiot spanks his teammates in the locker room! ????????‍♂

When hardik pandya said Virat is better than Sachin*

Watched the complete episode of #KoffeeWithCricketers. Hardik Pandya is so naive, insensitive and selfish that Raju Hirani must be preparing for Pandya's biopic.