Karan Johar is definitely creating all the hype by sharing pictures from the episodes he has shot for the latest season of his chat show, Koffee With Karan. With the show in its sixth season, the excitement is only increasing. This season will be all about interesting duos sharing a cuppa on the couch. Just a day ago, it was reported that Bollywood's Khiladi Akshay Kumar and Khilji Ranveer Singh are coming together for an episode. 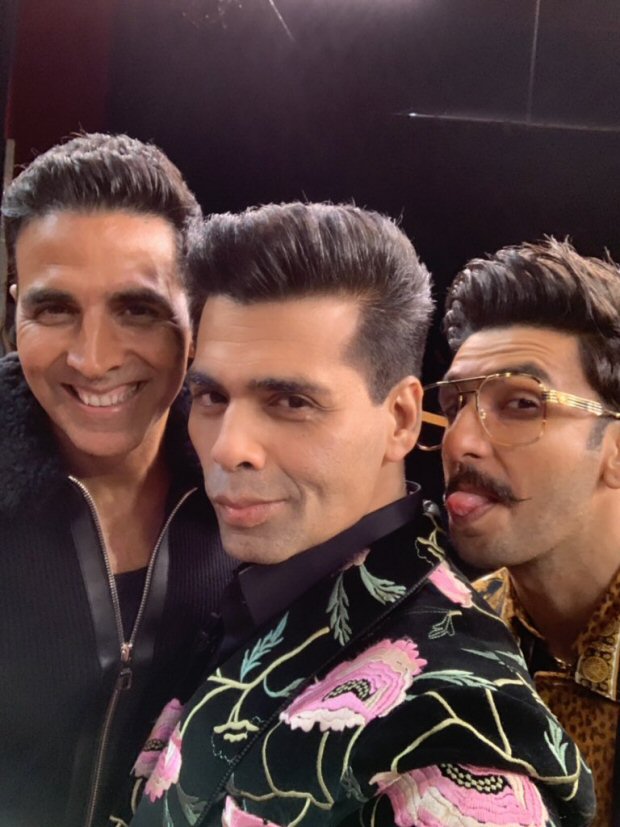 On Saturday evening, Akshay Kumar and Ranveer Singh shot an episode with Karan Johar. One can definitely expect insane amount of entertainment.  Karan shared the photo and wrote, “The koffee boys in the house. Wild and whacky and beyond!”

Ranveer Singh shared a boomerang video in which he is lifting Akshay Kumar in his arms. He simply captioned the video as, “Baahon mein chale aao @akshaykumar.” 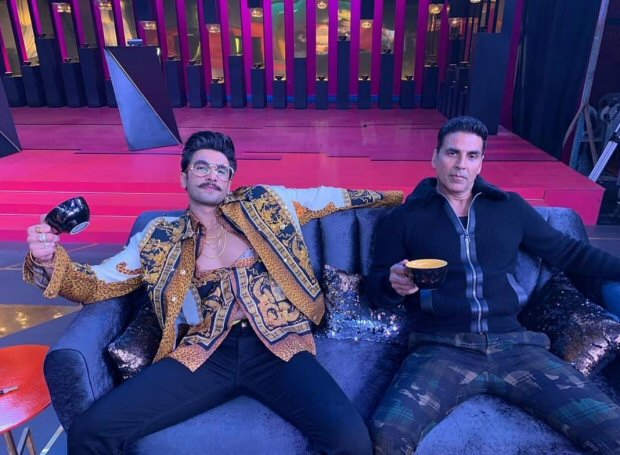 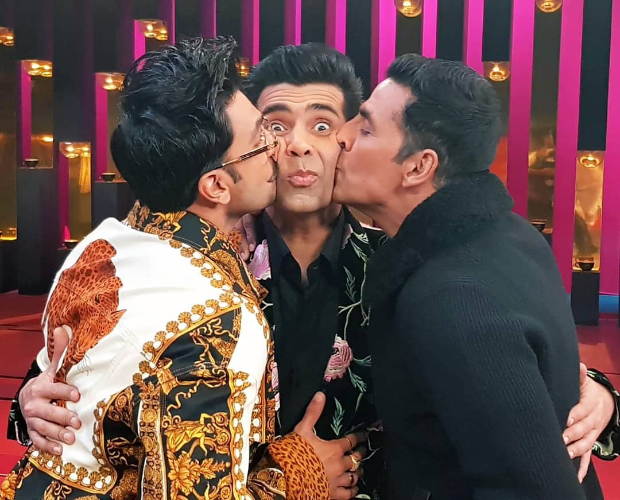 The sixth season of Karan Johar’s Koffee With Karan will air on October 21 with India’s leading actresses Alia Bhatt and Deepika Padukone in the opening episode.