The makers of the upcoming film titled Laxmii released the track 'Bam Bholle' on Tuesday. The energy of the song is infectious and has got the audience hooked to it. But did you know, the song choreographed by Ganesh Acharya sees 100 transgenders. 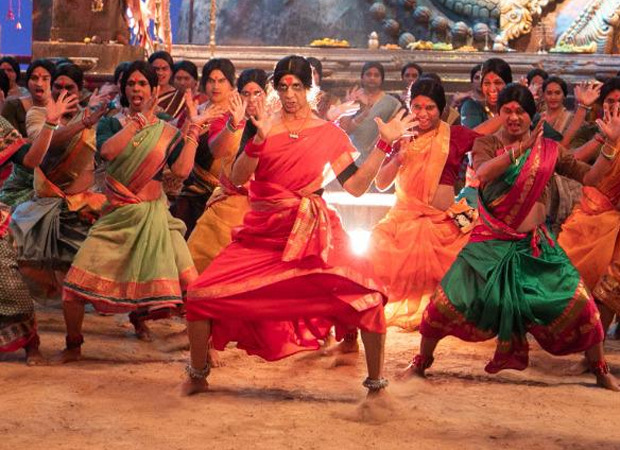 In the song we see Akshay Kumar dancing in the get up of a transgender wearing a red saree and a bindi. He is surrounded by a huge group of people as they do the Tandav to please Lord Shiva.

The song has been sung by Viruss and has been penned by Ullumanati, who has also produced the music. Ahead of the release of the song, Akshay Kumar had shared a teaser poster in which he was seen as an angry Laxmii holding Kiara Advani’s unconscious character. He captioned it, “Aaj dikhega Laxmii ka ek aisa roop, jo aap ne na kabhi dekha, na socha hoga! (You will now get to see a new look of Laxmii which you may have never seen or heard about before).”

The movie directed by Raghava Lawrence is set to premiere on November 9, 2020, on Disney+ Hotstar.