Salman Khan has many admirers around the globe. But, there's one Hollywood star who happens to admire Salman a lot. It is none other than Rocky star, Sylvester Stallone. Time and again, the duo have shown mutual admiration for each other. Sajid Nadiadwala was reportedly the one who had introduced Salman to Sylvester. Did you know Rocky star Sylvester Stallone gave a very special gift to Salman Khan?

Just recently, Sylvester Stallone congratulated Salman Khan for his upcoming film Race 3. While it was a big moment, Sylvester used Bobby Deol's poster to congratulate his buddy. After being trolled for it, Sylvester tried to make amends by finally sharing Salman Khan’s picture. The 71-year-old actor shared the newly released poster of Race 3 and wrote, “OK, EVERYBODY let’s try this AGAIN, good luck to the very talented SALMAN KHAN on his upcoming new film RACE 3! ( if this is wrong I give up ! ) LOL.” 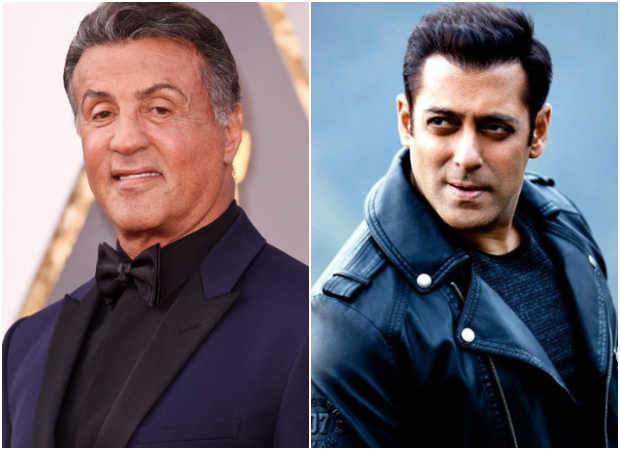 Earlier, Salman had shown his support to Stallone by promoting Creed 2 with the caption, “While I introduce the #race3 family this week, this is something all of you should know.”

But their bond goes way back. According to a report in a leading tabloid, the actors have kept in touch via texts. As a sweet gesture, Sylvester even gifted Salman five posters of his blockbuster film Rocky. Those posters are apparently Salman's most prized possessions. In return, Salman had gifted some of his paintings to the Hollywood star.