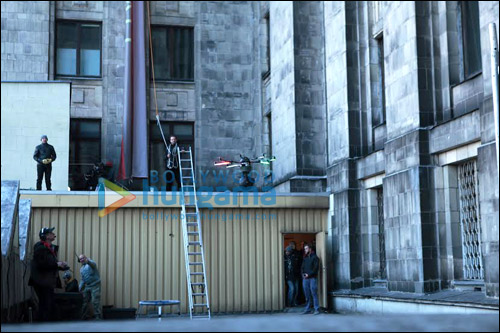 The upcoming film Kick has been making news for all the right reasons, prominent amongst them are the breath-taking action scenes of the film done by Salman Khan.


This may come as a surprise to few that many of the breath-taking action sequences in the film have been shot with the help of drones, a practice which is quite popular in Hollywood. For starters, a drone is an aircraft without a human pilot aboard. The makers of Kick say that this is the first time an Indian film has used drones for shooting.

Considering that the drones are costly and need technological know-how, the film's director Sajid Nadiadwala specially flew in a special team from Los Angeles to operate them. Multiple drones were used to get shots from different angles so that all sides could be covered. They had a special team on board to handle the drones as they needed to be handled in a certain way.


Surely, the film promises to have some never seen before action sequences
Kick starring Salman Khan and Jacqueline Fernandez is set to release on July 25.