Actress Kiara Advani made her debut in Bollywood with Fugly. The actress has tremendous 2019 with stupendous success of Kabir Singh followed by Good Newwz. Last year, she was seen in Laxmii and Indoo Ki Jawani. She has made a mark for herself in the industry and she's not only known for her work but also for her high end fashion and sartorial picks. 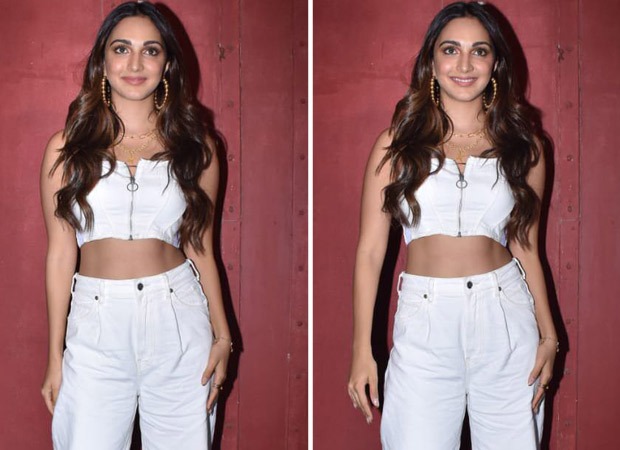 A day ago, Kiara was spotted in Juhu post shooting a talk show with Arbaaz Khan. She chose an all-white outfit with a pop of funky, strappy orange heels from Steve Madden. She wore a white crop top with a zip in the middle and paired it with white mom fit denims, both from H&M brand. 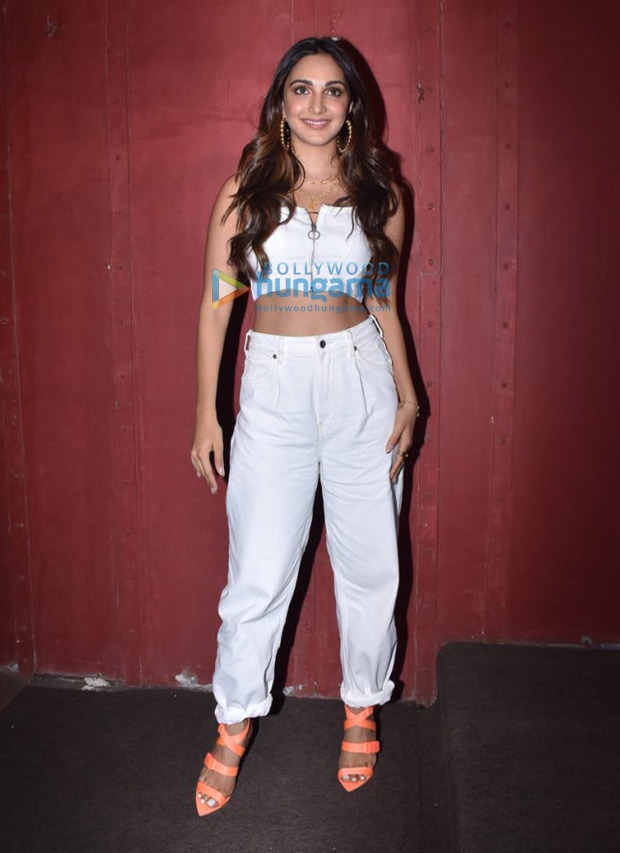 The sexy neon orange heels were the highlight of the outfit. She added a gold touch to the look with styling it with huge gold hoops, chunky gold chains and rings. It added the much needed oomph to elevate the outfit. She kept her makeup dewy with her highlighter popping and her hair in beachy waves. 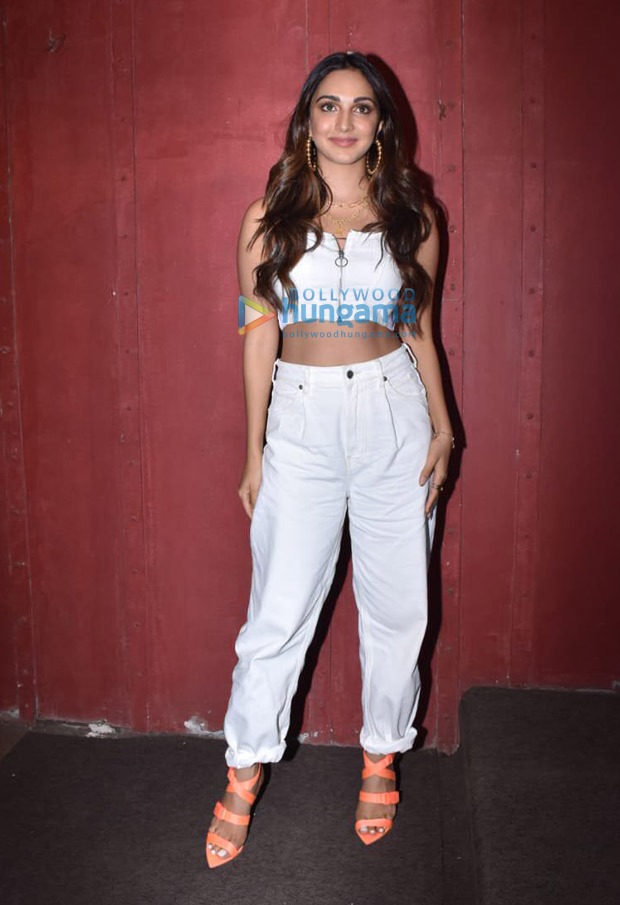 Also Read: Kiara Advani nails the power dressing in a Prabal Gurung red pantsuit as she makes a fiery statement