The competition in Khatron Ke Khiladi 12 is getting fierce with each episodes as a number of them have now gotten eliminated. While the contestants are leaving no stone unturned in putting their best foot forward, host Rohit Shetty introduces the ‘Baap’ of all twists, ‘K-Medal’.  Sriti Jha, Rubina Dilaik, Kanika Mann, Mohit Malik, Tushar Kalia, Pratik Sehajpal, Faisal Shaikh, and Nishant Bhat will be fighting it out to win this by performing dangerous stunts. 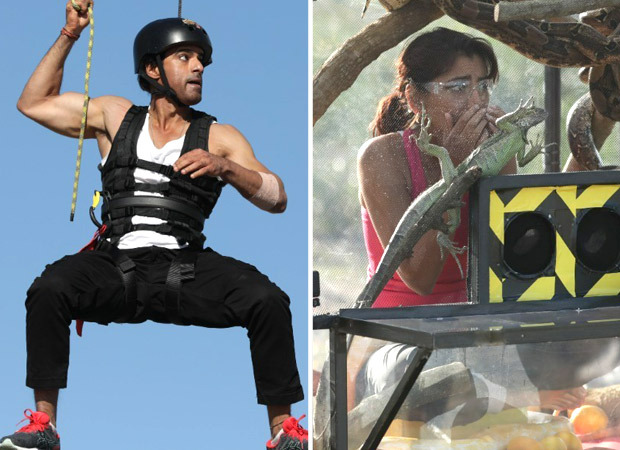 While the contestants never had an option to choose the stunts that they wanted to perform, the ‘K-Medal’ will change the game for each one of them. The winner of this coveted medal will hold the exclusive power to refrain from participating in any stunt.

To intensify the challenges, Rohit Shetty announces the return of the most difficult stunt of the show, the ‘Inverted Vacuum’. But this time the contestants will be performing this stunt in pairs! Performing the stunt with utter grit will be Tushar Kalia and Sriti Jha against Faisal Shaikh and Kanika Mann. As Pratik Sehajpal makes a wild card entry in the show, he is pitted against his close friend Nishant Bhat in the ‘Wall Sweeper Stunt’. Nishant has previously been attacked by pigs this season, his ‘not so friendly relationship with animals’ continues as he gets bitten by a Scorpio in the ‘Chili Lemon Stunt’.

Desi boys Mohit Malik and Tushar Kalia will be pitted against each other yet again and they will perform the stunt on a moving truck in this ‘Truck to Truck Stunt’. 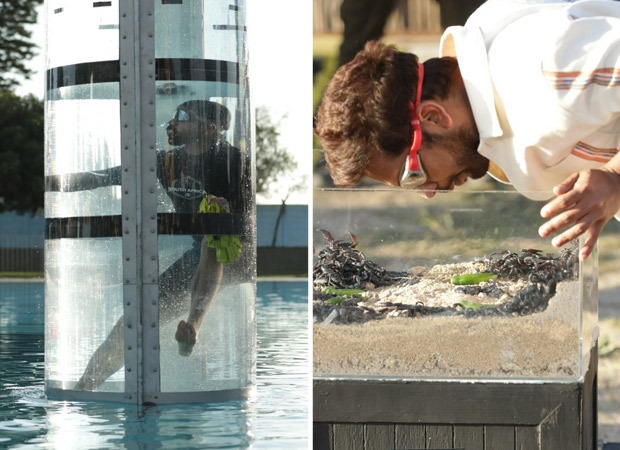 Rajiv Adatia, who struggles with Hindi, will have to get his Bollywood knowledge tested by Rohit Shetty. He will be asked to guess the names of films written in gibberish scripture and on every wrong answer, water will be poured on him as a punishment.

The tussle between Rubina and Kanika will reach yet another leveal with Rubina once again accusing Kanika of showing dishonesty during a stunt. She alleged that Kanika lied about her inability to drive at the beginning of the stunt but later goes on to drive the car properly in the stunt.

Audiences will get to see the stunts and the winner of the ‘K-Medal’ in the upcoming episodes of Khatron Ke Khiladi 12. The reality show airs on Saturday and Sunday at 9pm on COLORS.

Also Read: Khatron Ke Khiladi 12: Chetna Pande reveals that her parents are proud of her; says, “I am leaving as a stronger person” after her eviction