The countdown is on for Khatron Ke Khiladi 11 to go on air; the excitement among fans is increasing. The promos have been also released which has created a buzz in the town. Now, Colors TV has released yet another promo featuring Arjun Bijlani and Vishal Aditya Singh doing a hilarious romantic dance on the romantic title 'Pehla Nasha' which Rahul Vaidya was singing. 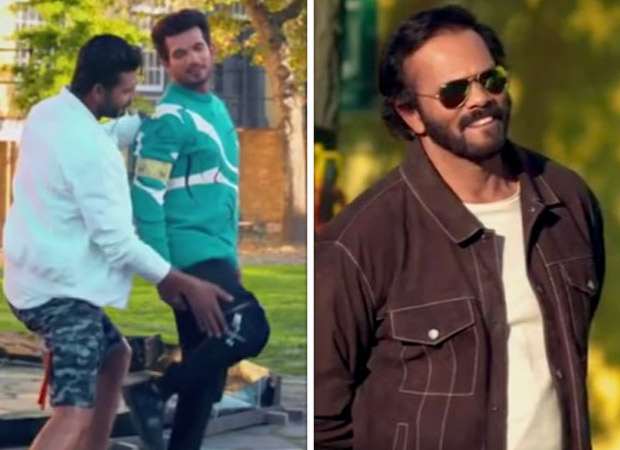 They were having fun just before a stunt was about to begin. Seeing this, the host of the show Rohit Shetty was seen laughing and trying to find a spot to lay down. Once on the ground, Rohit said, "Salman Bhai, now I understand why you lie down in Bigg Boss."

As Arjun and Vishal continued to dance, they acted like they are going to kiss. Rohit gets shocked and made his way to a coffin-like box on the sets. He hilariously asked the contestants to let him know once they are done dancing. “I don't have any other place to jump," he added, which made contestant break into even more laughter.