The filming of the stunt-based reality show, Khatron Ke Khiladi season 11 has already begun in Cape Town, South Africa. The contestants have been sharing a lot of pictures and seem to be having a gala time on the sets and during breaks. 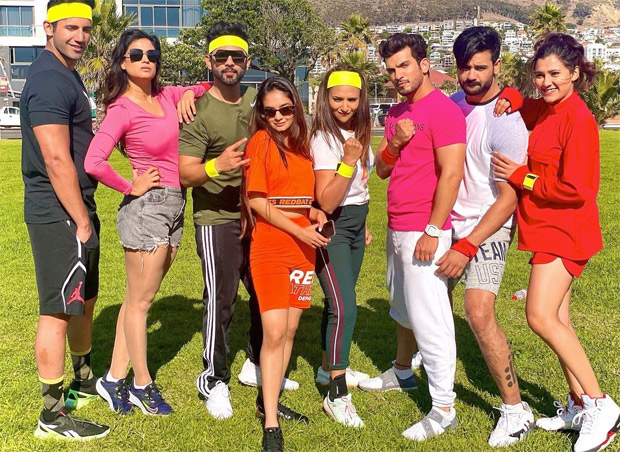 Recently, the contestants of the show were seen doing a Rugby task. It was Bigg Boss 14 runner-up and singer Rahul Vaidya who shared the group picture. The picture had Varun Sood, Divyanka Tripathi, Shweta Tiwari, Anushka Sen, Arjun Bijlani, Sana Makbul, Vishal Aditya Singh and Aastha Gill giving a pose for the click. All of them were seen wearing different colours and the colourful athleisure wear.

Sharing the pictures, Rahul captioned the post, “Let’s play Rugby (For shooting only).”

Apart from the group picture, Rahul also shared his solo pictures from the Rugby field and wrote "Rugby." He was seen wearing olive shade track pants and a t-shirt with a headband and stylish sunglasses.