Ananya Panday Is fully wrapped with her tight schedule while she had completed her second movie shoot and started with her third shoot.  Recently, when the teen sensation was asked about how she manages her schedule, Ananya shares, "It has been extremely hectic since Student of the Year 2 released actually because I started shooting Pati Patni Aur Woh immediately and I wasn't shooting in Mumbai. I was shooting in Lucknow for two months so I constantly had to go back and forth and come back to Mumbai because I had brand commitments.” 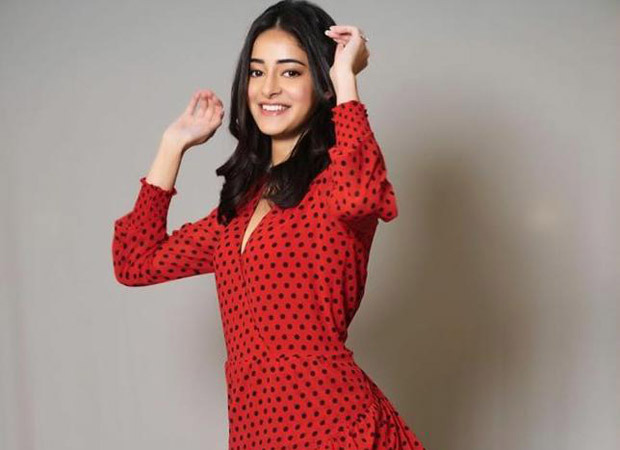 She further adds, “I had to shoot for Gillette which was announced and I was shooting for Lakme as well, along with a couple of other brands as well which are going to come out soon. I walked for LFW for the very first time which was very exciting and I promised my mom I would practice with heels in Lucknow but I didn't end up practicing at all. Actually, 5 minutes before the show was my only time to practice. So, everything has been very hectic but it has also been a lot of fun.”

Telling us more on what keeps her going, Ananya adds, “What keeps me motivated is that I have always dreamt of this and I have always wanted this- my entire life. I think now that I am here, I just want to enjoy every single moment of it that I have. Yeah, that's what keeps me going and I was shooting a song in Mumbai in the day for Pati Patni Aur Woh while coming and shooting for Khaali Peeli at night.”

More on her schedule, Ananya added, “Khaali Peeli is going to be constant nights now, which is very different because I have not done night shoots because on Student. Tiger would fall asleep by 10 pm so we would never do any night shoots. Now, I am living on some other time zone only but it's very exciting, it's a lot of fun and I am really really blessed. I am enjoying every moment of it."

The actress recently wrapped up shooting for her second film, Pati Patni Aur Woh where she is starring alongside Kartik Aaryan and Bhumi Pednekar. Earlier on Monday, she finished her final wrap for Pati Patni Aur Woh and within a couple of hours she was already on to her next project Khaali Peeli.

Ananya Panday's Pati Patni Aur Woh is slated to release in December 2019 and Khaali Peeli is all set to hit the theatres on the 12th of June 2020.

"I want to explore because I think the more…