Katrina Kaif and Viky Kaushal had all heads turning when they made their relationship official in December after tying the knot in an intimate ceremony in Rajasthan. Ever since the couple has been sharing pictures with each other on their social media handle. On Thursday, Katrina took to her Instagram feed to give a glimpse of their recent vacation at a beach destination. 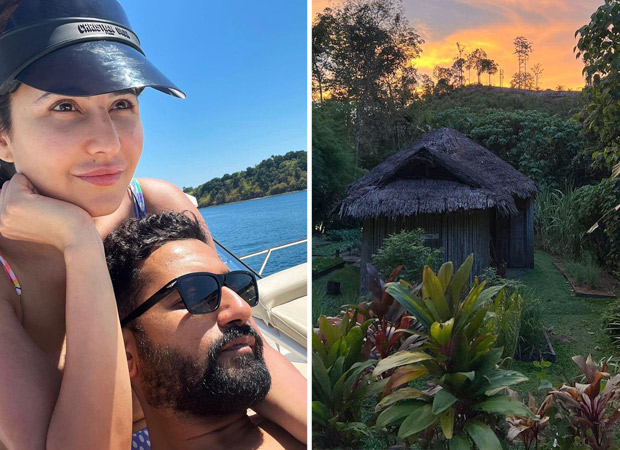 Sharing the picture, Katrina dropped the sea and heart emoji in the caption.

On the work front, Katrina recently wrapped the shoot of Tiger 3 and is currently working on the film Merry Christmas alongside Vijay Sethupathi. Vicky Kaushal, on the other hand, has Govinda Naam Mera and an untitled next with Sara Ali Khan.

ALSO READ: Katrina Kaif’s mom Vicky Kaushal’s dad danced their night away with the bride in an unseen wedding pic