Katrina Kaif never fails to make chic fashion statements. Katrina is a stunner on and off social media. 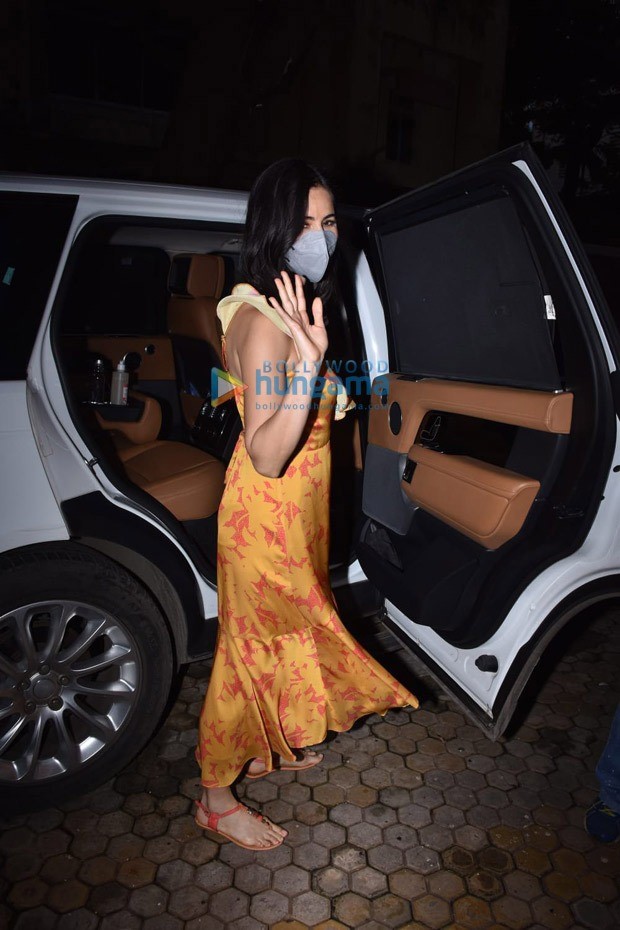 Katrina Kaif looks elegant as ever in a ruffled floral midi dress worth Rs. 15,000 for her visit to Sanjay Leela Bhansali’s office

Kaif was spotted at ace filmmaker Sanjay Leela Bhansali’s office dressed in a beautiful scarlet and yellow wrap around dress with a cinch at the waist and an asymmetrical ruffled hemline with a plunging’V’ neck. The dress is by Ted Baker London and costs Rs. 15,000 and gives the perfect summe vibe 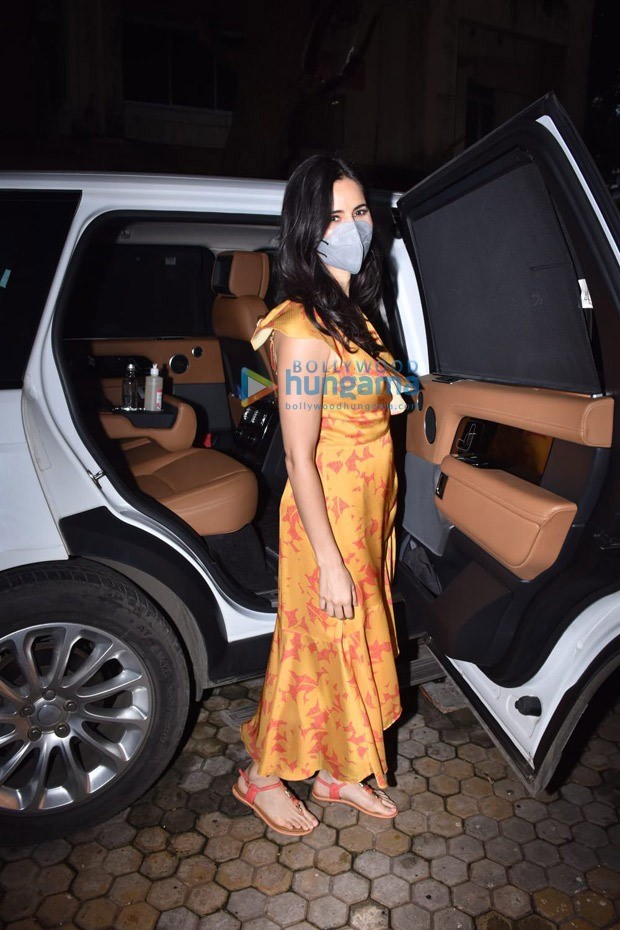 Katrina looked radiant in this colourful pierce with a fresh face a of makeup and an N-95 mask which is mandatory during the pandemic. Katrina being spotted outside SLB’s office makes us all keen about a new announcement from their end! 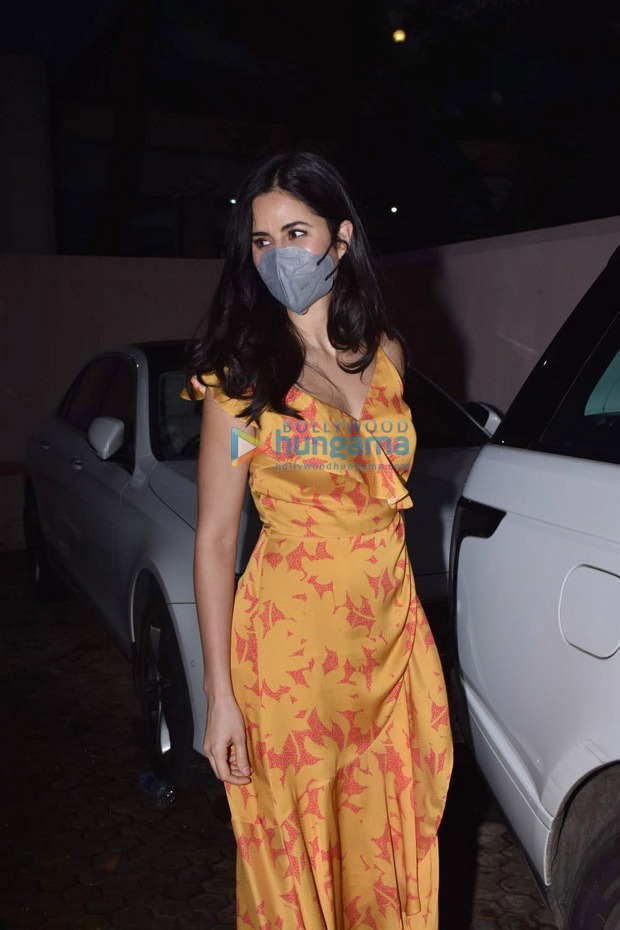 On the work front, Salman Khan and Katrina Kaif started shooting for the actioner in March. The shooting, however, had to be stalled for a while when Katrina tested positive for Covid-19. The first film in the franchise, Ek Tha Tiger directed by Kabir Khan released in 2012. A sequel to the thriller, Tiger Zinda Hai released in 2017. Salman and Katrina will be reprising their roles, Tiger and Zoya from the previous films. The film has resumed shooting and us being currently filmed in YRF studio in Mumbai. 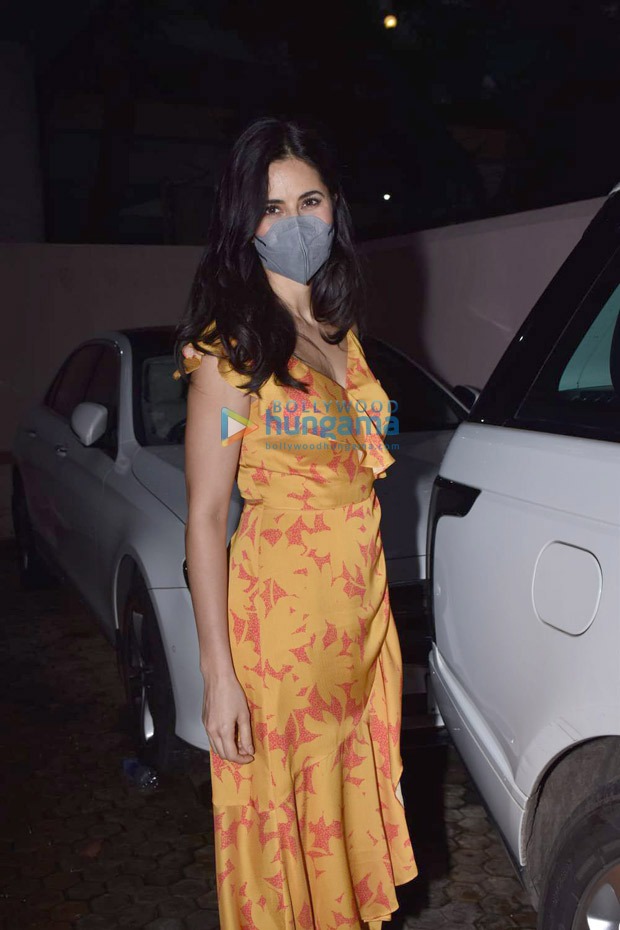 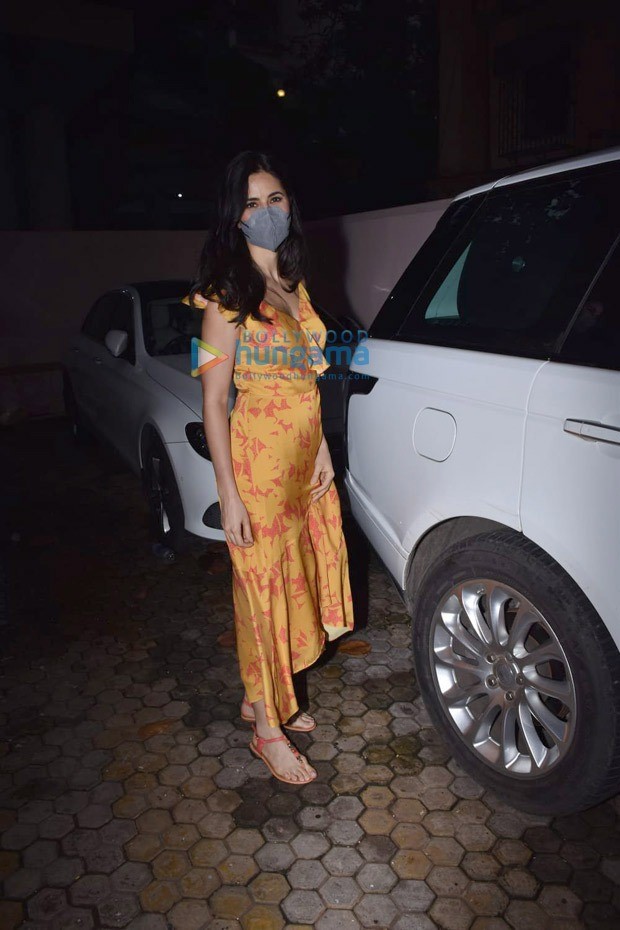 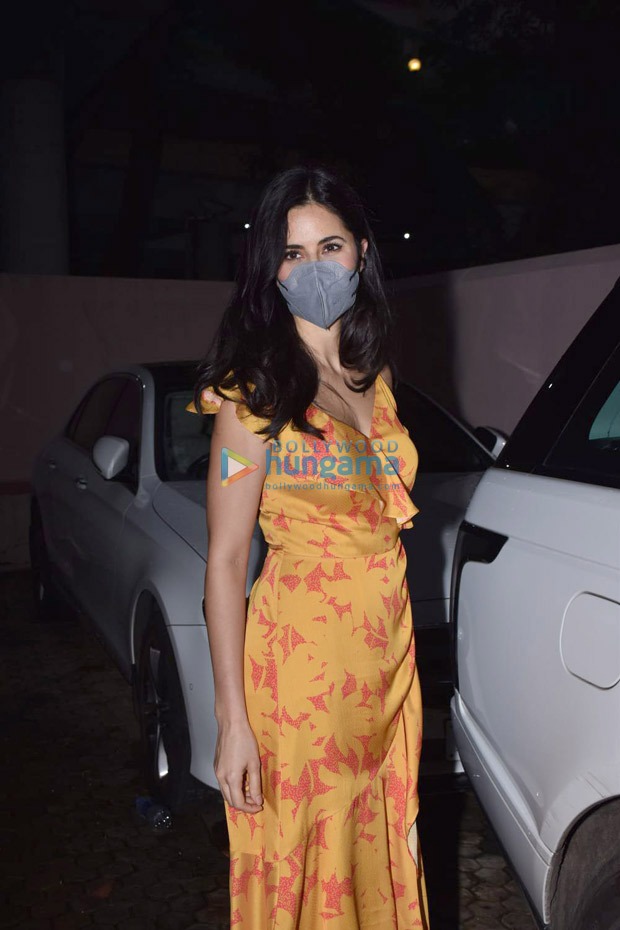 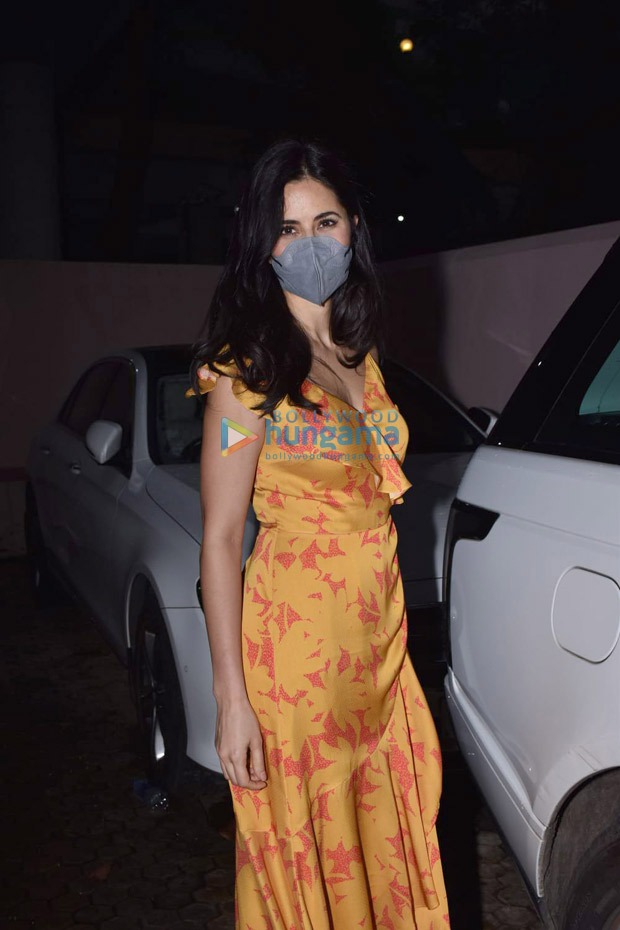 Apart from this, Katrina has Phone Bhoot with Siddhant Chaturvedi and Ishaan Khatter in the pipeline. She will also be seen in Tiger 3 alongside Salman Khan and Emraan Hashmi.