Last Updated 20.09.2020 | 4:38 PM IST
feedback language
follow us on
Home » News » Bollywood Features News » Bollywood News Katrina Kaif has a HILARIOUS reaction to this sensuous photo of Sonakshi Sinha and we wonder why!

After the Kalank debacle, Sonakshi Sinha has now moved on to dedicating her complete focus on Dabangg 3. Amidst film commitments, the actress has been sharing some interesting photo shoots on her Instagram. Recently, she shared a rather sensuous photo from one of these shoots and while many Bollywood stars like Vidya Balan were gushing over it, it seems that Katrina Kaif found it rather hilarious. 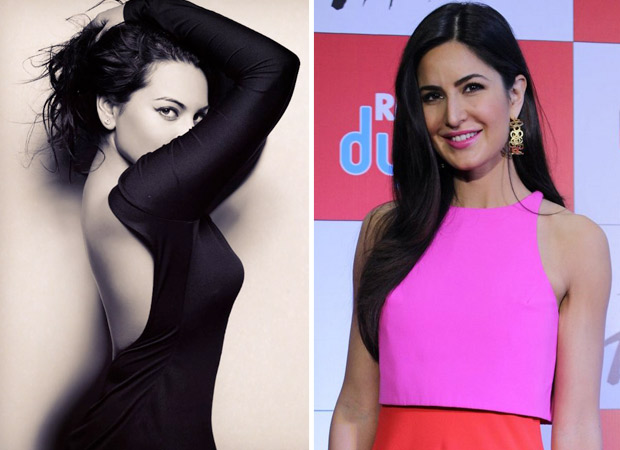 Sonakshi Sinha shared a black and white photograph from a photoshoot, looking as sensuous as ever, along with a caption that read, “Darling im a nightmare... dressed like a daydream.” Followed by that, while Sinha received several comments like ‘Gorgeous’ from co-actor Vidya Balan, Katrina Kaif commented on the picture with laughter emojis.

Let us tell you that Sonakshi Sinha and Katrina Kaif have been on performance tours before and have been great friends since then. They have also partied and often socialize together because of which the two actresses share a rather interesting camaraderie. However, the two of them are yet to share screen space together.

On the work front, Sonakshi Sinha will next be seen in a comedy alongside Varun Sharma. The actress has also started shooting for Dabangg 3 featuring Salman Khan as Chulbul Pandey. On the other hand, Katrina Kaif too is promoting Bharat with co-actor Salman which is a remake of the Korean drama Ode To My Father.