Kareena Kapoor Khan is known for maintaining a good balance between her work and personal life. The actress who was recently present at the trailer launch of her upcoming film Good Newwz has flown to Chandigarh to shoot for Aamir Khan starrer Laal Singh Chaddha. 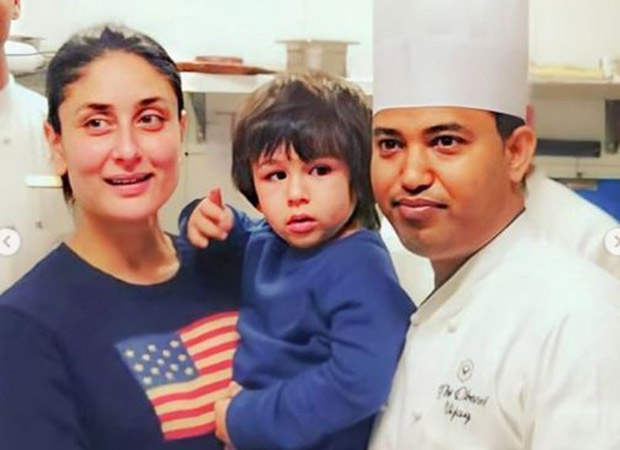 Recently, a series of photos of Kareena Kapoor Khan and Taimur Ali Khan engaged in a cooking session was all over social media. In the picture, the mother-son duo is seen trying their hands at cooking with a chef. While Kareena is seen wearing a blue sweater and blue jeans, Taimur, too, is casually dressed and the mother-son duo is seen wearing their aprons while posing with the chef.

Meanwhile, on the work front, Kareena Kapoor Khan will next be seen in Good Newwz along with Akshay Kumar, Kiara Advani, and Diljit Dosanjh. The cast will be launching the first song of the film titled Chandigarh Mein. The song will be launched in the city of Chandigarh itself in the presence of the cast of the film. The film is slated to hit the theatres on December 27.