Kareena Kapoor Khan and Saif Ali Khan’s son Taimur Ali Khan has proven to be paparazzi’s delight ever since his birth. The pictures of the star kid go viral, whether it is from his vacation or a regular day at the playground. 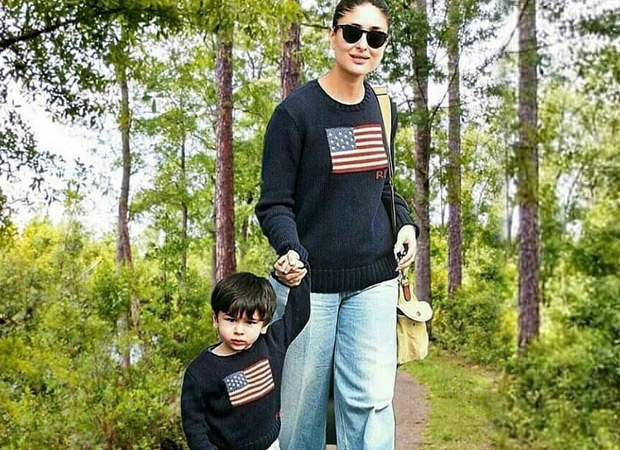 Recently, a picture of Taimur with Kareena Kapoor surfaced on the internet. In the picture, the mother-son duo is seen wearing similar outfits. Both of them are slaying as they pose in the woods sporting black sweater T-shirts paired with blue denim. Taimur is holding his mommy Kareena's hand and posing.

Recently, the charming mother-son duo had posed for a picture on the sets of an ad film where Kareena was shooting. The picture had an adorable Taimur curled up on Kareena’s lap, while his mother was all smiles. The picture shared by Mickey Contractor immediately went viral.

Meanwhile, on the work front, Kareena Kapoor Khan who was last seen in the 2018 film Veere Di Wedding will next be seen in the film Good News. The film is scheduled to release in December and also stars Akshay Kumar, Kiara Advani, and Diljit Dosanjh.