It is known that Alia Bhatt and Ranbir Kapoor have been dating for two years now. The actress, who is starring in Brahmastra with RK, seems to be enjoying this phase in her career and personal life. While fans love the two of them together, Ranbir’s cousin Kareena Kapoor Khan says that she will be the happiest girl in the world if Alia Bhatt becomes her sister-in-law. 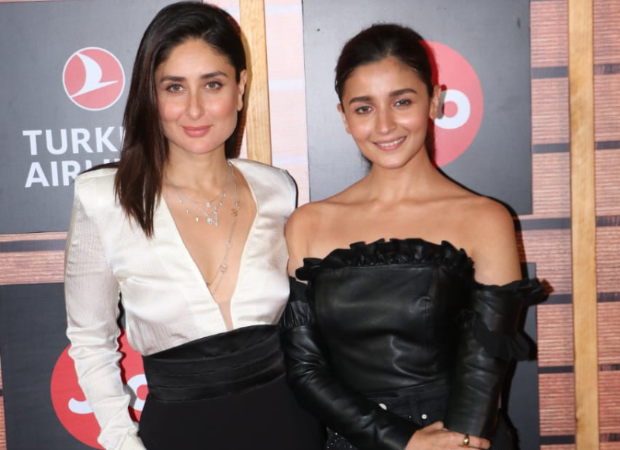 At the Jio MAMI Movie Mela 2019, the session was closed by Kareena Kapoor Khan, Karan Johar and Alia Bhatt. When asked whether Kareena ever imagined Alia to become her sister-in-law, she said, "I'll be the happiest girl in the world."

A visibly blushing Alia dodged the question by saying, "Honestly, I never thought about it. Why do we think about it now also? We cross that bridge when we come to it."  Karan went on to add, "Whenever it has to happen, both Kareena and I will be exceptionally happy and we'd be standing there with a thaali."

Karan Johar even mentioned that if they ever get married, he hopes that they handle their careers like Kareena. Alia said, "Earlier there was a thing that if an actress gets married then her career slows down a bit. But Kareena totally broke that for all of us. She strikes such a beautiful balance between her work and personal life. And, she's always happy and so lovely to people. From her makeup artiste to her hairstylist, everyone always speaks highly of her. It's a delight to work with her."

While she has done films like Udta Punjab and Highway, Alia wants to do comedy as well. “I wanted to be as versatile as possible. It’s easier to make a good film but it’s difficult to make a hit film. I want to do Comedy which I have not done. I am hoping to do more films close to home.”

Alia Bhatt also spoke about Kalank’s failure at the box office and whether she was disappointed. She said, “I was really okay. I later thought about it, if you work really hard, it will pay off. Ranbir said that the hard work will also pay off later with other films.”

Since she is now working with her father Mahesh Bhatt in Sadak 2, she revealed, “There are days when I think if I have managed to get the director-actor relationship. He is so clear. His energy transcends into all of us. I kept telling Pooja what if he wants to pass out at 1. At three he was up and running. I didn’t plan on crying and I started crying and he started crying. It’s all about those magical moments. As I said it’s about the process for me.”

During Q&A session, when quizzed about the wage gap and whether she would walk out of the film because she is not paid equally. To this, Kareena responded, "There were probably different reasons of walking out of films, but not because of this particular reason." She added, "I'd love to get paid as much as my male co-stars though."

While Karan seemed reluctant in answering the question, in another attempt made by the journalist referring to Takht, Karan responded, "There is a larger understanding of the economics of movies that sometimes is lesser known by people who don't understand the business and how it functions. Many times, people make sweeping statements about it. I'm the first person who'll always want to pay what is completely right and justified and valid. I've always done it. But I feel there's a larger understanding of the budget versus the verticals that you sell on digital and satellite that are driven by different data. There are many women who deserve much more money than the men and there are men who have earned that because of their talent and just the work they have put in. So, it's very subjective and cannot be just put into one strong slot. While I'm all about equality, there are larger optics to look at where we have to."

Alia Bhatt, on the other hand, said, "I'm very happy with what I'm getting paid and the god has been great."

Alia Bhatt and Kareena Kapoor Khan have already starred together in Udta Punjab. They will be starring in Karan Johar's directorial, Takht.