On Thursday, Kareena Kapoor Khan went down the memory lane as she remembered her 2018 film Veere Di Wedding co-starring Sonam Kapoor, Swara Bhaskar, Shikha Talsania. Bebo even said that the film is one of her most favourite as it was her first project after the birth of her son Taimur. 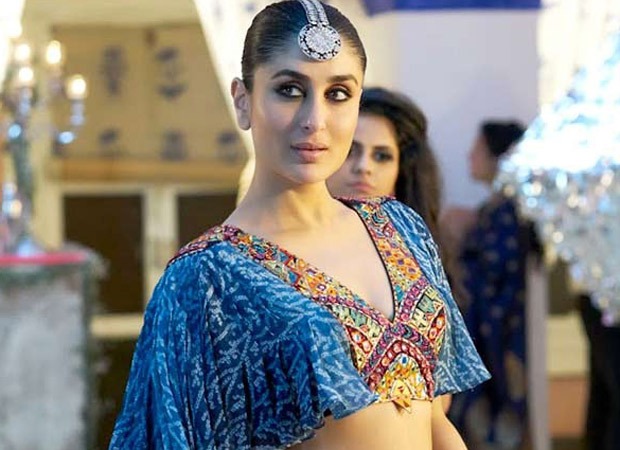 Taimur was born in December of 2016 and two years later Kareena returned to the big screen with Veere Di Wedding, which is an all-female cast film. Kareen took to her Instagram stories and shared a few scenes from the film. Sharing the videos, Kareena wrote, "One of my most favourite films with the best girls, right after Tim (Taimur) was born." 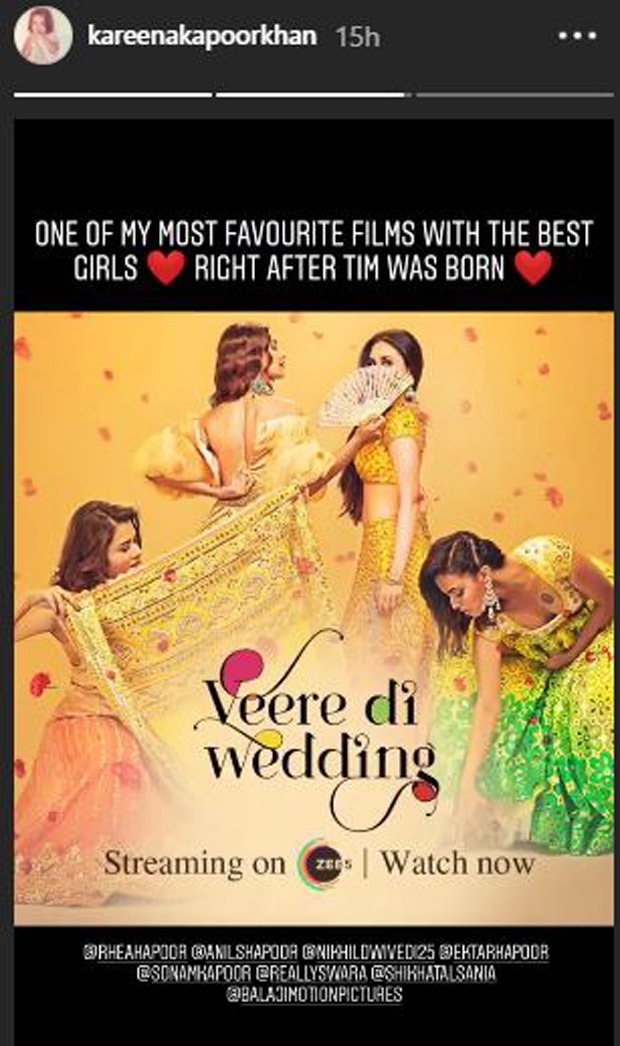 In September last year, Kareena Kapoor Khan had on a reality dance show announced that Veere Di Wedding 2 will be made soon. Veere Di Wedding that released in 2018 is the story of four friends who walk together on the path of self-discovery after they arrive to attend the wedding of one of them. The film was directed by Shashank Ghosh and co-produced by Rhea Kapoor.

Also Read: Kareena Kapoor shows what her work from home looks like; Arjun Kapoor feels she is underdressed