A few days back Kareena Kapoor Khan and Saif Ali Khan announced that they are pregnant with their second child. In an official statement released by the couple, they said, "We are very pleased to announce that we are expecting an addition to our family !!Thank you to all our well wishers for all their love and support." 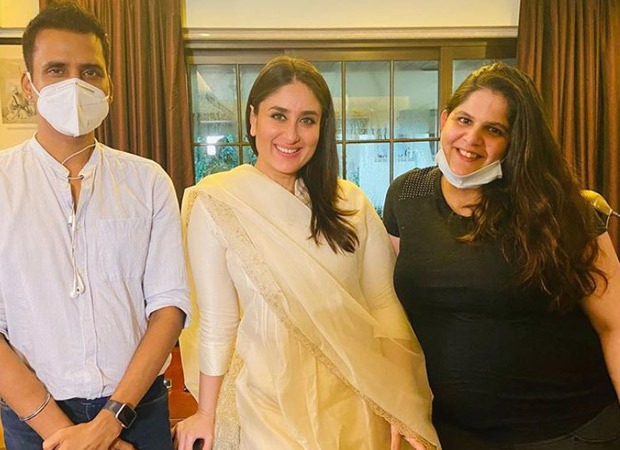 Soon after the official announcement, Kareena got back to work. The actress resumed work after five months of break because of the lockdown. A member from Bebo's team uploaded a picture with the actress where they are seen happily posing for the camera. In the picture clicked at what seems like to be the actresses's house, Kareena is seen wearing an off-white Indian attire. Sharing the photo, her team member wrote, “Back with my team missed this. #covidshoot #after5months #workbeforeipop @kareenakapoorkhan @makeupbypompy.”

On Monday, Kareena had shared a small clip of her and Saif Ali Khan getting ready for a shoot at their home. The Jab We Met actress did not reveal what the two were shooting for. Later on she also shared a selfie after getting ready for the shoot. Take a look: