Kareena Kapoor Khan is adept at making a statement with her clothing. Whether it was walking down the runway or giving us fashion goals as ‘Poo’ in Kabhi Khushi Kabhie Gham. The performer, who is now a mother of two, has created several memorable looks over her career in the movie business. Kareena Kapoor Khan's style has undergone significant alteration since she made her acting debut in Refugee in 2000. Her affinity for the conventional six-yard drape, though, has been a constant in her wardrobe. She offers a large selection of sarees in her assortment, including brocade, sequin, and sheer.  At the moment, Kareena Kapoor is attending the Red Sea International Film Festival in Jeddah. Kareena once again wore ethnic attire for her red-carpet appearance. She chose a stunning golden saree and had a stunning appearance. 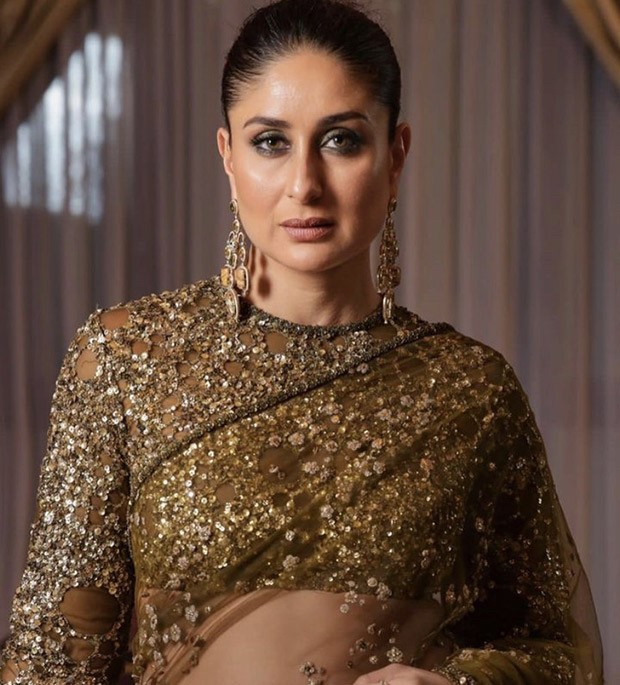 There is no one who can match Kareena Kapoor Khan's red-carpet elegance. Over the years, the actor has been photographed in a variety of hot lehengas and flirtatious drapes that have swiftly risen to the top of the want lists of several upcoming brides. Kareena is once again modelling an ethnic look in an olive Sabyasachi saree. She wore a close-necked, full-sleeve blouse with plenty of embellishment. It was paired by the actress with a transparent net drape that had comparable but more subdued decorations. Her ensemble was finished off with a golden purse and a set of statement danglers with light brown stones. With smoky eyes, dewy makeup, and a bare pink lip, she had flawless glam. Saif Ali Khan, Kareena Kapoor's husband, was beside her. Saif Ali Khan, Kareena Kapoor's husband, was beside her. Saif was seen complementing Kareena's glitzy appearance while dressed in a white, black, and white tuxedo. 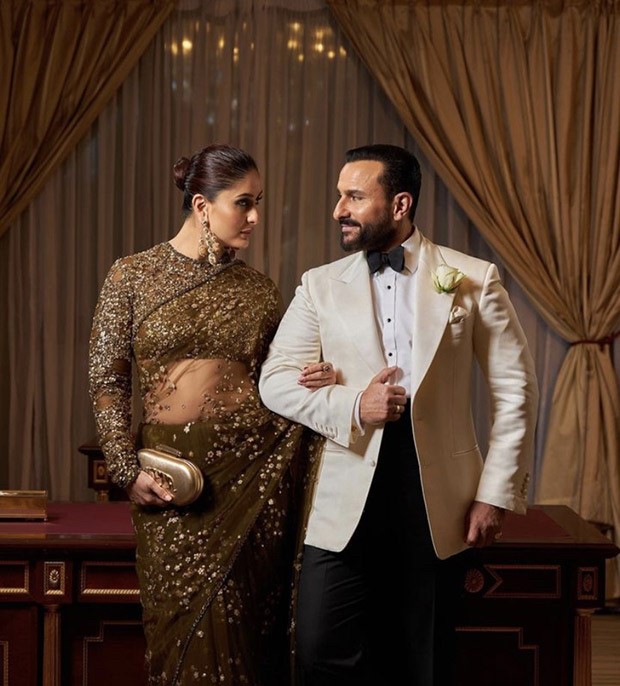 Kareena and Saif are among the many Bollywood stars who joined the Red Sea Film Festival this year. Shah Rukh Khan, Priyanka Chopra, Kajol, Akshay Kumar, and Sonam Kapoor were also a part of it. Hrithik Roshan and Ranbir Kapoor are also expected to make appearances.

On the work front, Kareena Kapoor will soon be seen in Sujoy Ghosh’s Devotion of Suspect X. She also has a thriller with Hansal Mehta. Also The Crew with Tabu and Kriti Sanon. On the other hand, Saif Ali Khan will be first seen in Adipurush with Prabhas and Kriti Sanon. The Om Raut directorial will release in 2023. 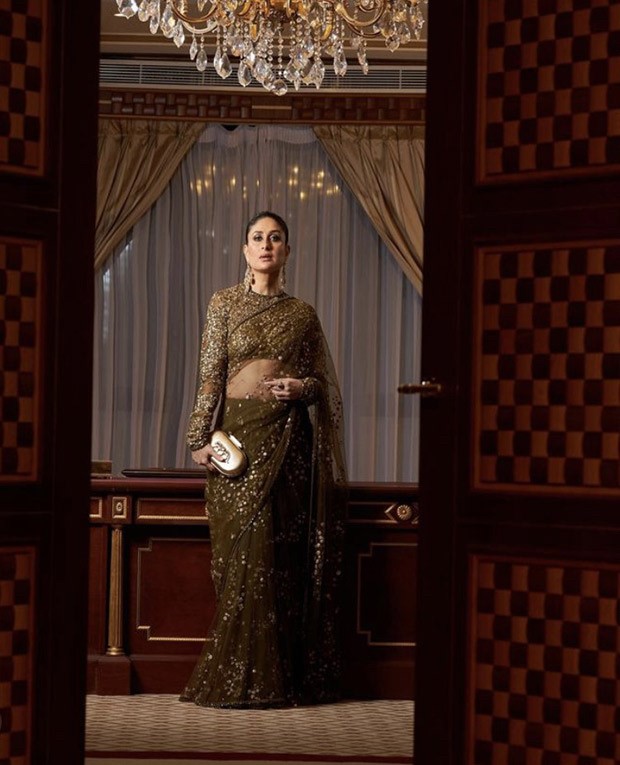