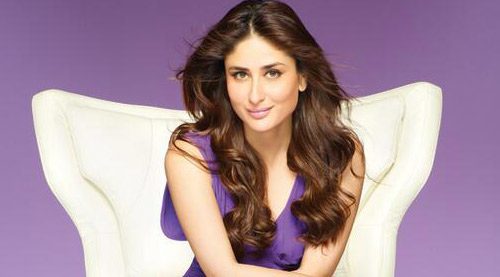 Bajrangi Bhaijaan, Singham Returns, Gori Tere Pyaar Mein and Satyagraha - In each of her last four films as a leading lady, Kareena Kapoor Khan has taken the 'desi' route with Salwar-Kameez forming a major part of her wardrobe. In fact the same is expected in her next release Udta Punjab as well, which is set in the heartland of Punjab.

Well, not anymore, as for the film that goes on floors next which has Balki calling the shots, Kareena would be turning seriously chic.

"In Ki and Ka, she is playing a modern independent woman. Since the film would be arriving in 2016, the whole styling of Kareena is being done keeping that in mind."

The last time Kareena went glamorous was in Talaash, but since her part was that of a street walker (and ghost), she couldn't quite go the whole hog. However, she played a quintessential 'heroine' in Madhur Bhandarkar's Heroine (2012) but that was a good three years ago.

"Well, no more Indian girl avtar for me at least for the time being," chuckles Kareena, who is moving away from her 'desi' avtar, a la Bajrangi Bhaijaan and Singham Returns in Balki's film, "This film has an altogether different space, which means I need to be in a completely different look."

Considering the fact that Kareena has Arjun Kapoor for company for the first time ever, both actors are covering an extra distance to make sure that their on-screen compatibility comes across pretty convincingly.

One major change that Kareena is bringing in her look is cutting her hair short. This isn't all as she is also changing her hair color. So from the dark hair in her last few films, Kareena would now be sporting golden/brown hair. This is being done while keeping in mind the international color palette that leading ladies in Hollywood boast of.

Meanwhile, it is back to losing some weight for the film, a process that Kareena started some time back and the results of which are now notable with Balki getting ready to call the shots. So, is it back to Size Zero for Kareena?

"Arrey nahi," Kareena comes up with a hearty laugh, "It is definitely going to be a much slimmer look, but no Size Zero for sure."