We all know that despite not being a full-fledged actor, Karan Johar has enjoyed popularity as a celebrity. And now his stardom has made him get a wax statue at Madame Tussauds, Singapore. He has been invited to participate a new event planned by the museum wherein he will be unveiling a new experience for all Bollywood fans. 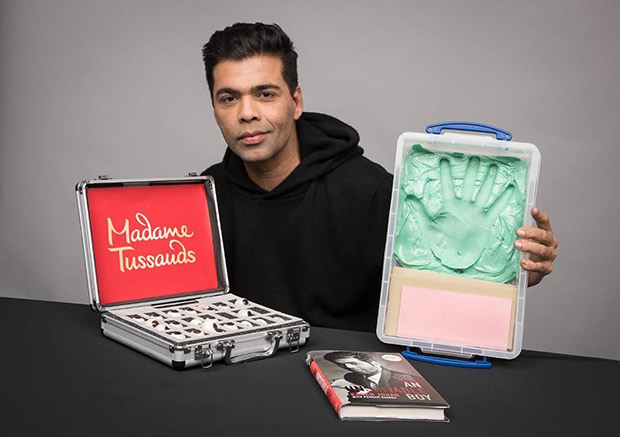 It seems that Madame Tussauds will be introducing a new ‘ultimate film star’ experience for Bollywood buffs and Karan Johar will be launching the same this week in Singapore. The 2500 sq.ft zone is expected to be solely dedicated to Indian cinema and will also have interactive technology like AR, Kinect, Hologram etc. Announcing about this, the official Instagram page also shared this video of the filmmaker-producer.

LIGHTS, CAMERA, ACTION! Something BIG is coming soon at Madame Tussauds Singapore! Hints: Do you want to be the next mega movie star!? Here's your chance to RISE TO FAME! #KoffeeAtMTSG #MadameTussaudsSG #RisetoFame #UltimateFilmStarExperience

Besides that, the page also shared this picture of Karan Johar with him being involved in the preps for his wax statue.

Coming to the work front, Karan Johar is riding high on the success of his recent production Kesari starring Akshay Kumar, that was released during Holi. The producer-director has an interesting lineup of films currently, with his next production Kalank slated to release this month. This multi starrer is set in the pre Independence era and stars Alia Bhatt, Varun Dhawan, Sonakshi Sinha, Aditya Roy Kapur, Madhuri Dixit and Sanjay Dutt in lead roles.

Besides that, Karan Johar also has another multi-starrer that he will be directing in the form of Takht. His productions include Good News, Student Of The Year 2, Gunjan Saxena Biopic amongst others that are in the pipeline.

"I’m okay with any platform becoming the…