It appears that Parineeti Chopra’s single life is worrying filmmaker Karan Johar so much that just like always, he has taken up the role of bringing two hearts together. In a promo of the upcoming show Hunarbaaz, Karan Johar tells Parineeti that he will set her up with someone very soon. “I am very lucky for couples. I have successfully done matchmaking,” Karan is heard saying in the video. 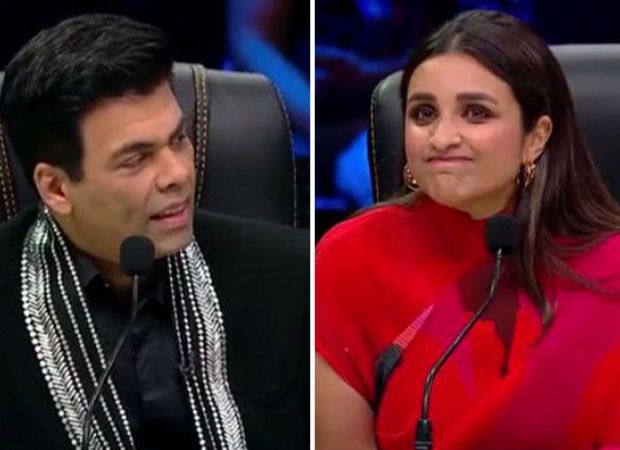 Karan Johar turns into a matchmaker for Parineeti Chopra on the sets Hunarbaaz, tells her ‘jo mile, le lo’

When Parineeti questioned Karan that why didn’t he set her up before, the director said she is next in his list. “Tumhara bhi issi saal hojayega pakka,” he replied. Well, this is not the first time Karan has gotten excited to set someone up with his Bollywood favorites. He is often spotted matchmaking now and then.

Host Bharti Singh jumped on the opportunity and asked Parineeti what she thinks about one of the contestants on the show. Parineeti looked embarrassed when asked. But the leg-pulling and fun poking didn’t stop there. When one of the contestants left Karan Johar impressed, he even got an approval from the filmmaker. And later this entire situation followed into a light yet awkward dialogue as the contestant expressed his feelings to Parineeti as he wanted to ‘establish’ a connection with the actor. “Yeh toh kab se wait kar rahi hai connection establish karne ka” (She is waiting since a long time to establish a connection with someone), Karan is heard telling the contestant.

The contestant said that his name was Rakesh Roshan, which led to Karan poking fun at Parineeti even more. He is even heard citing the actress as Mrs. Roshan. When Karan asked Parineeti “Rishta pakka samjhe?” (Should I consider it a match?), the actor, in reply, is heard screaming, “Nahi!” By the end of the video, Karan, Bharti and everyone on the sets are in splits as a worried Parineeti tries everything in her power to avoid the marriage question.

Also Read: Parineeti Chopra left in tears after a Hunarbaaz contestant shares his story of struggle