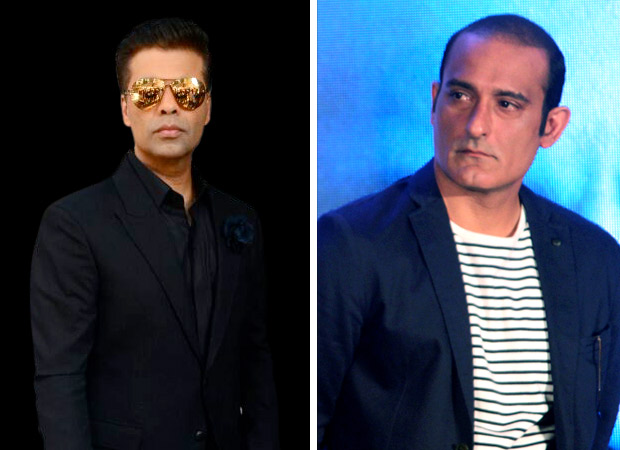 Sidharth Malhotra- Sonakshi Sinha- Akshaye Khanna starrer Ittefaq is just a few days away from the release. The makers of the film had collectively decided to not promote a thriller like Ittefaq to continue the suspense around the film till the release. They have also been urging the fans to not give away any spoilers from the film.

While the audience burst into laughter, Karan Johar revealed, "Listen, I got rejected once by you in my office for a film. I wasn't directing the film. I offered you Kurbaan and you said no. Well, we won't talk about it as we know how it shaped out eventually. Once again, we offered you a cops' role in Ittefaq and I was telling Juno (Chopra) and Boo (Abhay Chopra) 'Listen, this dude is really weird. He may say yes, he may say no. I have no way gaging from his tone about what he is gonna say.' You have a very scary tone, Akshaye. You have no tone at all. Why are you like this?"

Shah Rukh Khan, later, then spoke about Akshaye Khanna and praised his work by saying, "He's always a little off beat. He's got a different beat that he dances to and I find that interesting. He comes once in a while and creates something unfathomable. I really, really appreciate you as an actor. Having said that, can I also ask you 'Why the hell are you like this?"

Directed by Abhay Chopra, Akshaye Khanna will be seen as a cop in Ittefaq who is trying to solve two murder mysteries. Sidharth Malhotra and Sonakshi Sinha are also starring in the film and it is set to release on November 3.