Karan Johar and Ranveer Singh collaborated with Rohit Shetty for Simmba which became a bumper hit of 2018. The movie broke all records and emerged as a credible masala film with Ranveer headlining the project! It was a great thing for Ranveer Singh to finally break free from his mould as an intense actor and appeal to masses in a role as a mischievous cop with a good heart. Long before Simmba released, producer Karan Johar had already declared it a hit because he thought of Rohit as one of the most credible filmmakers. 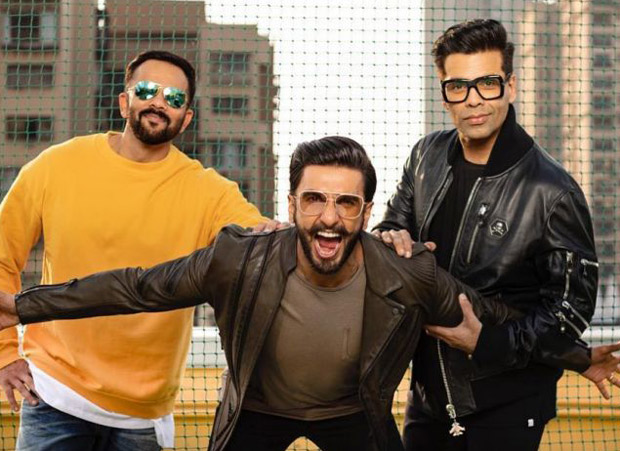 Not just Karan, even Ranveer Singh was super confident that the movie will set a new benchmark in the masala movie genre and that's what happened! Now, isn't it incredible that it all panned out oh so well? We hope that this Karan Johar - Rohit Shetty association continues the same way and we get treated to some amazing movies!

Ranveer, post Simmba, will be seen in Gully Boy and then in Kapil Dev biopic ‘83. He is collaborating with Karan Johar on Takht which also has Alia Bhatt, Vicky Kaushal, Bhumi Pednekar, Janhvi Kapoor! It is Karan's dream project and is his own directorial too. There are a lot of expectations from this one!

Rohit, on the other hand, is set to come up with Sooryavanshi with Akshay Kumar in the lead. This is a third part in his cop drama after Singham and Simmba. Both Ajay Devgn and Ranveer Singh are set to make an appearance in this flick.