Satyameva Jayate 2 stars John Abraham and Divya Khosla Kumar shot for an episode of The Kapil Sharma Show and will be seen on the show in the upcoming weekend. In a promo video of the upcoming episode, John is seen advising Kapil Sharma to lose weight. 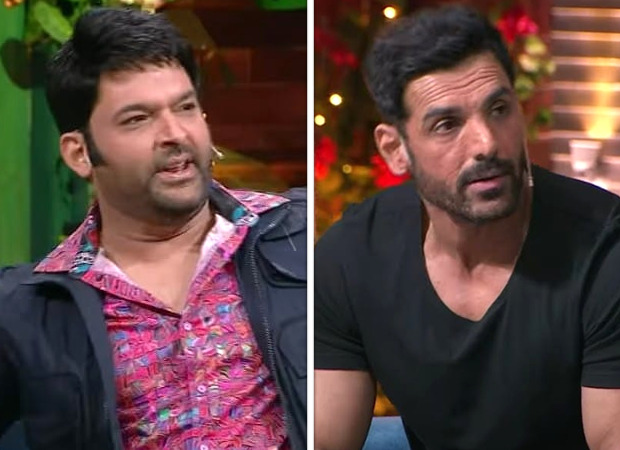 The promo video begins with John and Kapil competing with each other as they do push-ups. Divya, on the other hand, is seen dancing with Kiku Sharda.

Later in the video, Kapil is seen asking John how a person can lose five kilos within a month. "Aapko karna hai (Do you want to lose weight)?” John asked. “Poora diet main likh ke dunga aur agar aap usko theek se follow karoge (I will write down a diet chart for you. If you follow it properly), you will lose weight,” he added.

“Dekho meri stardom (Look at my stardom), John Abraham is my dietician,” Kapil joked leaving John and Divya in splits.

John Abraham is among the fittest actors of Bollywood and leads a healthy lifestyle to maintain his physique. On the work front, John Abraham's film Satyameva Jayate 2 directed by Milap Zaveri is currently running in theatres.

ALSO READ: Smriti Irani gets stopped by security guard on the sets of The Kapil Sharma Show; shoot gets cancelled