Kartik Aaryan is one of the most sought-after actors in Bollywood. Apart from his films, his love life has also often made noise in the media. Recently, the actor shot for an episode of The Kapil Sharma Show where he appeared along with his co-stars Mrunal Thakur and Amruta Subhash to promote their Netflix film Dhamaka. 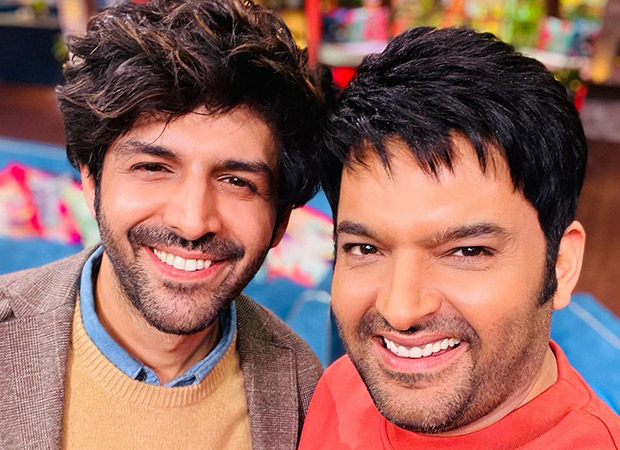 In the latest promo of the episode, Kapil is seen pulling Kartik's leg about his controversial love life that often makes news. As soon as Kartik arrived on the show, Kapil is seen making an observation. "I have noticed that when a guy is not in a relationship, he is very romantic, and as soon as he gets into a relationship, you experience thrill. Like you have seen, Kartik has done so many romantic films and now all of a sudden he is doing a thriller called Dhamaka. What should we make out of it? Is your relationship confirmed or have you learnt to hide it better”.

Further in the video, Kapil asks Kartik rumours about him and asks whether it is true, "Aapko aapke kisi costar se pyaar nahi hota, sirf promotion ke liye controversy create karte hai (You never fall in love with any of your co-stars, you create controversy only for promotions). Is it true?”

In the past, Kartik has been linked with Sara Ali Khan when they were filming for Love Aaj Kal. Reports of their breakup had also surfaced post the release of the film. He was also linked with Janhvi Kapoor when the two were shooting for Dostana 2. However, Kartik was eventually dropped out of the film.