Kartik Aaryan is currently gearing up for the release of his film Dhamaka on Netflix. Ahead of its release, the actor shot for an episode of The Kapil Sharma Show along with his Dhamaka co-stars Mrunal Thakur and Amruta Subhash. Sony TV has now shared a promo of the upcoming episode where Kapil is seen joking with Kartik about him taking away Akshay Kumar's film. 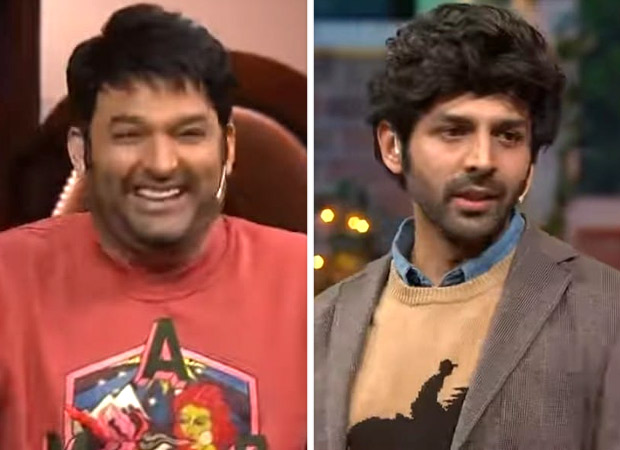 On Kartik's arrival, Kapil is heard saying, "I am genuinely happy with one thing that Kartik has done. I had once featured in an ad film which was taken up by Akshay Kumar in the following year. As you all know, Akshay paaji has done a three-year degree in snatching work. But he is the first person (pointing at Kartik), who has snatched away Akshay Kumar's work".

Reacting to it, Kartik said, “I am looking for those guys who are telling my producers that they will settle for a smaller fee but give Kartik’s movie to us."

Dhamaka directed by Ram Madhvani will stream on Netflix from November 19.

The trailer of SS Rajamouli's RRR is an…