Actress Parineeti Chopra, known for her lively style and jolly nature, will soon be seen on Sony Entertainment Television’s popular comedy show, The Kapil Sharma Show. Accompanying her will be charming actor Sidharth Malhotra and together, they will be seen promoting their upcoming movie, Jabariya Jodi. The duo had a fun banter with the host Kapil Sharma and were caught teasing each other and sharing fun tales during their shoot for Jabariya Jodi. In a conversation with Kapil, Parineeti revealed her absolute admiration for the Nawab of Bollywood Saif Ali Khan. 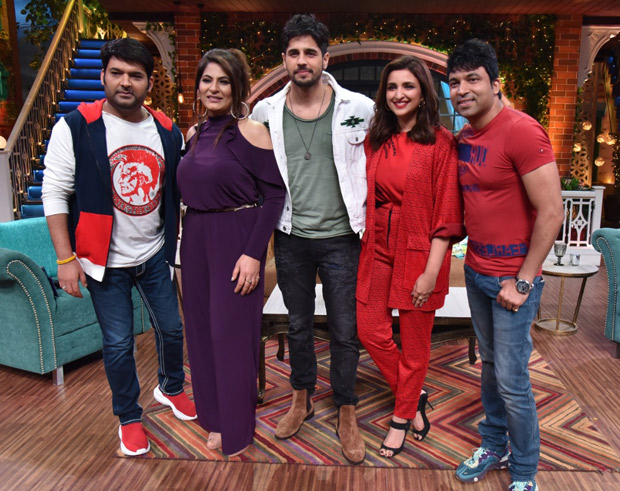 Keeping the concept of the movie Jabariya Jodi alive, Kapil Sharma asked Parineeti Chopra that if she ever gets a chance to find her Jabariya Jodi from the Bollywood industry, who would she choose. To which, Parineeti said, “If I get a chance, I would definitely kidnap Saif Ali Khan to make my Jabariya Jodi. I have always admired him. I have even mentioned the same to Kareena Kapoor Khan and she is very okay with the fact that I admire him.”

Later, during the conversation, she mentioned that she is highly inspired by Shah Rukh Khan's dialogue in Kuch Kuch Hota Hai where he says ‘Pyaar Dosti Hai’. She religiously follows the rule and makes everyone her best friend. 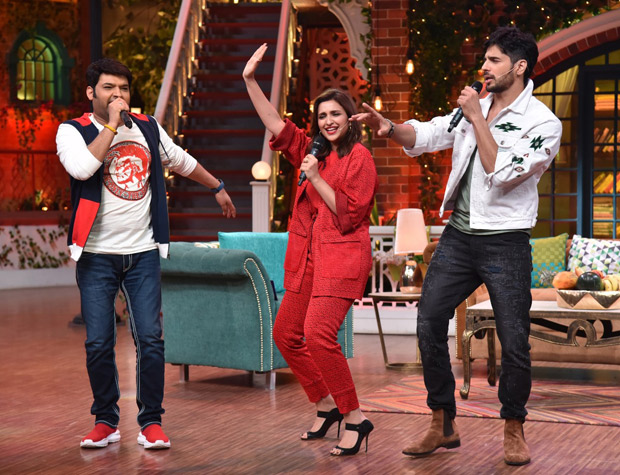 Further in the show, Kapil will be seen taking fitness tips from Sidharth and take tips from him on getting rid of the side belly fat. To which, Siddharth mentioned, “I do it by not eating ice cream and maintaining a 'See food' diet where “See food” means just seeing the junk food and not eating it.”