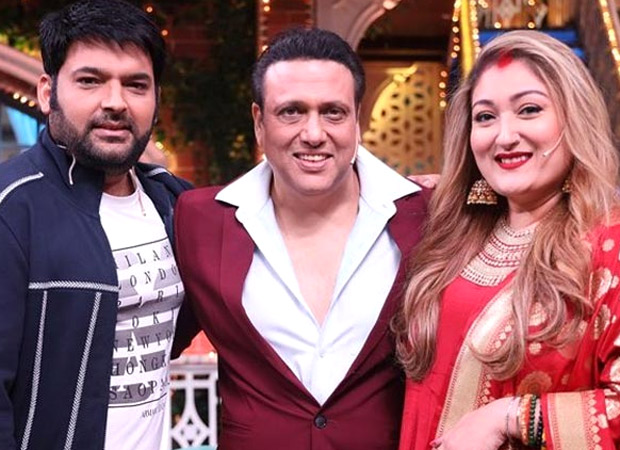 The Kapil Sharma Show: Govinda jokes that he was never “caught” by his wife

A promo released by the channel has given a glimpse of how fun the episode is. In the promo, we could see the couple shaking a leg to Govinda’s iconic song  Husn Hai Suhana together. While the host Kapil Sharma mentions to Sunita that when she came on the show previously, she had said that she has given the liberty to Govinda to romance and even flirt with his female co-stars. Kapil laughingly and sarcastically asks what kind of freedom was it, as Sunita accompanies Govinda everywhere.

To which Sunita replies, “Main inka kaam dekhti hoon na, main dekhti hoon sab kuch theek thaak ho raha hai ya nahi (I see whether everything at work is going well).” To which Govinda had a hilarious reply, “Itna achche se kaam dekhti hai ki kaam kar de (She oversees everything so well that there is no scope for anything).”

Govinda then joked that he cannot get a word in when it comes to Sunita. To which Sunita says while laughing, "Main bohot chup rahi na, beta ab aap chup raho (I stayed silent for so long, now it’s your turn)."

Later, Kapil even asked Sunita if she has ever bumped into Govinda someplace where she should not have. Hearing this, Govinda gazed at Sunita and said, “Kabhi aaj tak pakda nahi gaya main (I have never been caught to date).”

Also Read: Govinda appears on The Kapil Sharma Show with his family