The Kapil Sharma Show recently made a comeback on the television with an all-new season. While the season is new, its star cast has remained the same with fewer additions. Veteran actress Archana Purana Singh too has made a comeback as the special guest. Archana is an avid social media user and shows us a peep into what goes on backstage of the show. 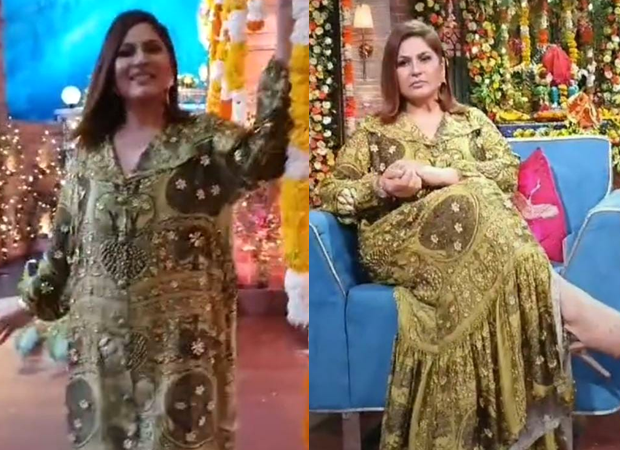 The Kapil Sharma Show: Archana Purana Singh walks in grace around the sets in an olive green dress

Recently on Thursday 9th September when the shooting for the upcoming weekend episode was going on, Archana shared a stunning video of herself. In the video, Archana can be seen walking in style and donning a printed olive green silhouette dress having the detailing of frills on the bottom. She was also heavily applauded by the audience as she makes the entry on stage. While Billie Elish's song Bellyache was playing in the background which totally complimented her look.

Sharing the video the actress wrote, "Act like summer. Walk like rain." The post has been getting immense love from the fans and netizens. They have been stunned by the actress looking so beautiful and maintained even at the age of 58.

Also Read: The Kapil Sharma Show: Govinda jokes that he was never “caught” by his wife