Actor-comedian Kapil Sharma is reportedly all set to embrace fatherhood for the second time. According to reports, Kapil Sharma and wife Ginni Chatrath are expecting their second child. 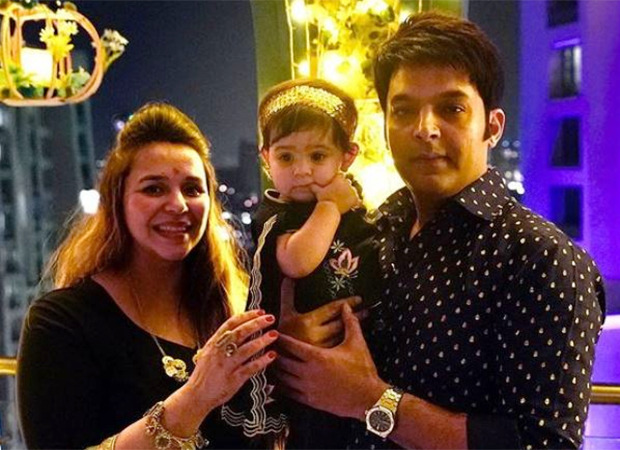 As per reports, Kapil and Ginni are all ready to welcome their second child in the month of January 2021. Ginni is in her last trimester and Kapil's mom has flown down to Mumbai to help her out. The reports of Ginni's pregnancy first came into light, when comedian Bharti Singh posted pictures from their Karwa Chauth celebration where Ginni was seen with a baby bump. Even in her Diwali pictures, Ginni can be seen hiding her baby bump while standing behind a chair.

Kapil and Ginni got married in 2018 and welcomed their first kid a year later in December 2019. Their daughter Anayra will be turning one on December 10 and the couple will be celebrating their second wedding anniversary on December 12.

Meanwhile, Kapil Sharma who is currently hosting The Kapil Sharma Show lost 11 kgs to get in shape for his upcoming web series.

ALSO READ: Akshay Kumar reveals Kapil Sharma has a bigger house than him after the comedian says he took away his ad