Akshay Kumar will soon be seen in the film Laxmmi Bomb which will be released on Diwali. While the actor is known to have multiple releases a year, Laxmmi Bomb will be his first release of the year owing to the pandemic. Recently, the actor who appeared on the Kapil Sharma Show to promote the film along with co-star Kiara Advani received a special gift. 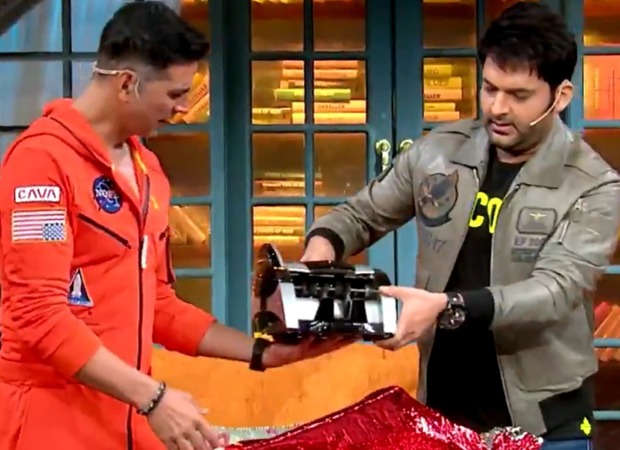 Akshay Kumar promotes all his films on The Kapil Sharma Show and the viewers can always expect a riot when he is a part of the show. One thing that has been constant whenever the Good Newwz actor comes on the show is Kapil discussing the actor’s bank balance. This time Kapil gifted the actor a money counting machine on the show. In the promo video of the upcoming episode, Kapil is seen inviting his team members to honor the actor with thoughtful gifts.

Showing off the note counting machine towards the camera, Akshay said, “This is a money counting machine, which he has brought from his home. He is the one who eats half of the money being made in the industry.”

A post shared by Sony Entertainment Television (@sonytvofficial) on Oct 26, 2020 at 5:16am PDT

Meanwhile, Bharti Singh gifted him a silver mug to mark his silver jubilee on their show, Krushna Abhishek gifted him a clock as he likes to wake up early in the morning and Kiku Sharda gifted him a Taj Mahal replica.