Last Updated 26.05.2022 | 10:46 PM IST
feedback language
follow us on
Bollywood Hungama » News » Bollywood Features News » Kapil Sharma claims that a rumour had spread that it was Salman Khan who broke his legs and made him wheelchair-bound

The airport paparazzi have now become an indispensable part of the media. Seeing pictures or videos of celebs entering or exiting an airport has a following of its own. No wonder the ‘airport look’ has now assumed a lot of significance. It also happens that the paps also sometimes bump into celebs unexpectedly. One such encounter of the photographers was with Kapil Sharma in February 2021. The comedian had injured his back in the gym and was seen being escorted in a wheelchair. Kapil also snapped at the photographers briefly. 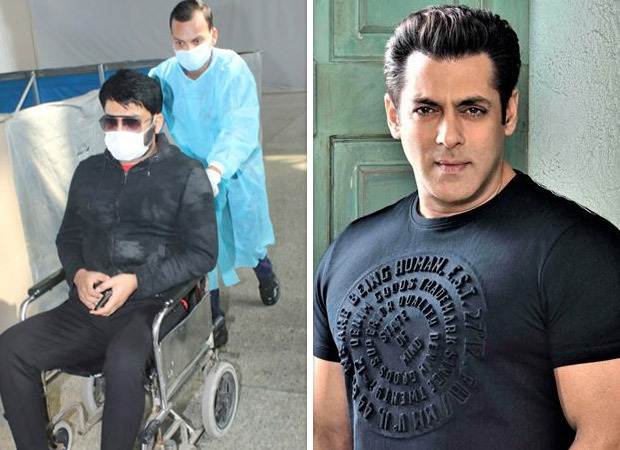 At a later point on Kapil Sharma: I’m Not Done Yet, the stand-up comedian once again mentioned Shah Rukh Khan. Kapil narrated about his experience of visiting Mannat for the first time and how Shah Rukh played the perfect host.

Also Read: Kapil Sharma shares what made him say yes to Netflix for his comedy special