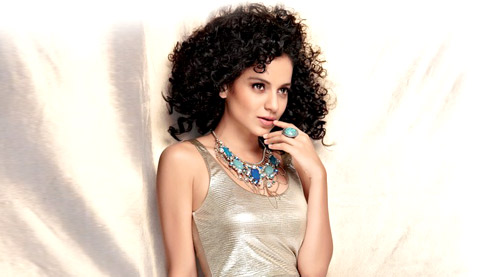 The unthinkable has finally turned into a reality. Tanu Weds Manu Returns, which seemed like a success in the making, has ended up being an All Time Blockbuster no less

with as much as Rs. 150 crores coming in just from India box office. With this, Kangna Ranaut is now the lone female star to be leading the show in the Top-10 list of all time highest grossing

films, which is otherwise dominated by the three Khans and Hrithik Roshan.

woman standing in the list which is dominated by superstars who have been in the business of films for much longer than her," informs a trade source.

even though tremendous revenue has certainly been generated for the film's producers Eros and Aanand L. Rai, for Kangna it is all about driving on her own path now.

No wonder, a turnaround is already in the making for Kangna Ranaut who is now looking at chasing wonderful commercial stories.

While one such star-studded affair is Vishal Bhardwaj's Rangoon which features Kangna Ranaut along with Saif Ali Khan and Shahid Kapoor, a couple of upcoming films which are expected to be

pegged noticeably on her star presence are Nikhil Advani's Katti Batti (where she has Imran Khan for company) and Hansal Mehta's Simran (where she plays the title role).

No wonder, for an unassuming girl who made a confident beginning with Gangster (2006) almost a decade back, she is happy to have managed her own standing which is of the kind that no other

outsider has managed in recent times.

Smiles Kangna, "I feel truly self sufficient. I am in a league of my own, independent of big stars and big production houses."