SS Rajamouli’s cinematic wonder RRR has hit the theaters and has started showing its charm at the box office. The film is winning the hearts of not only the common man but also of famous celebrities. Salman Khan and Karan Johar kickstarted the craze by joining the grand promotional event of the film. And then just before the release Aamir Khan came and supported RRR and now recently Kangana Ranaut took to her social media and shared a video praising the team of 'RRR' for creating such a great movie. 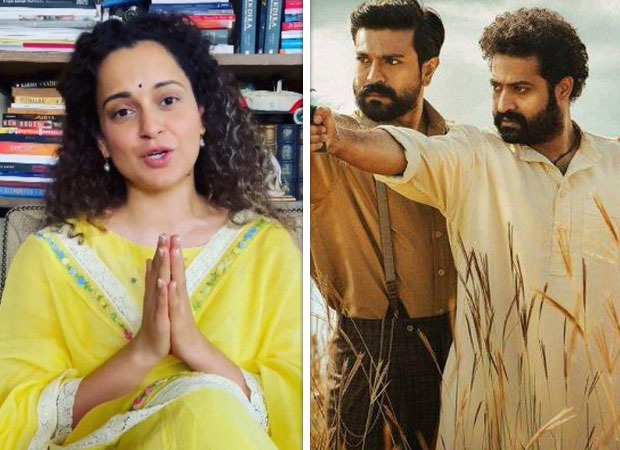 "This film needs no promotions, it is breaking all records and setting new ones. It is packed with feelings of patriotism and unity. It encourages good art and culture. And any Indian would want to praise the movie after watching it. It narrates the story of two heroes and makes us wonder that there would be so many other unsung heroes during our freedom struggle. In today's age also there are many unsung heroes who are not talked about much. Shri KV Vijayendra, the writer of this movie, has given us several remarkable movies. At the age of 80, he is one of India's busiest writers. He writes stories in 15 days, whereas others take 6 months and a year to complete a story. You feel passionate when you meet him. I feel he deserves a Padma Vibhushan and it is not his need, it is the need of the youth. We need more people like him in the industry,” she said.

"Every actor in RRR has performed very well, be it NTR ji and Ram Charan ji. Words fail me when I speak about director SS Rajamouli, he is like a king and all I would say, 'long live the king'. Thank you for RRR," she added.

It is one of the most successful blockbuster films in India. It is a pan India film in a true sense as not people not only from the south even the northern and other markets are also praising the film. RRR is showing phenomenal results at the box office since it is released. The film has made the fastest entry in the 100 Cr. club post-pandemic within 5 days and is still counting great numbers.