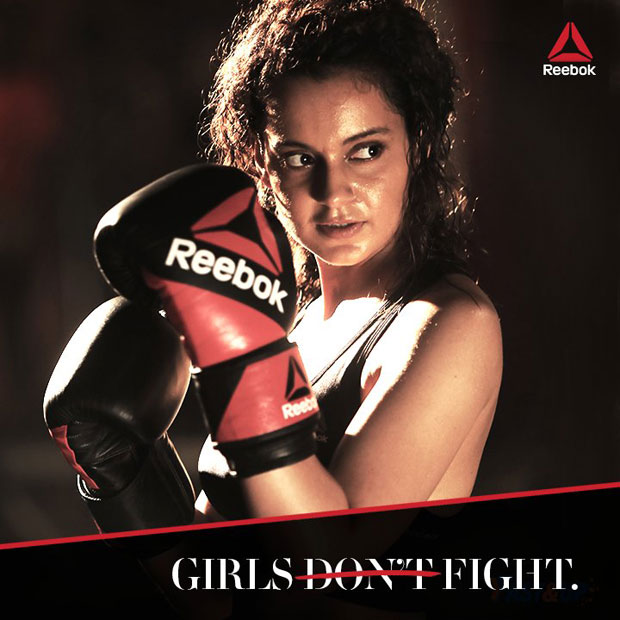 After the successful launch of the second edition of #FitToFight campaign last month, where the brand became the voice against eve-teasing, Reebok is back to target another key issue – inequality in pay.

According to recent reports, the gender pay gap in the country is clearly evident with men earning 67% more than their women counterparts. To address a striking problem faced by women across strata and be the voice that empowers them, acknowledging their role and contribution in the workplace, Reebok India and brand ambassador Kangana have joined hands.

Speaking on the issue and #FitToFight campaign, Silvia Tallon, senior marketing director, Reebok India, said, "As a women first brand, It is imperative for us to address challenging issues and situations faced by women in society.  Our aim is to encourage women to draw their inner strength and confidence and not stand down in face of challenges. I am positive the voice of Reebok will give women the strength to speak up and ask for what is rightfully theirs, without any hesitation or self-doubt.”

Talking about this harsh reality, many industry stalwarts have voiced their strong opinions on the existing scenario (of inequality in pay) in the past. Superstar Shah Rukh Khan was quoted saying, “Women actors work five times harder and get paid 10 times less than men (in Bollywood).”

Sharing her thoughts, Kangana Ranaut, brand ambassador, Reebok India said, “I have personally experienced inequality on the professional front, on several occasions, and have fought my way up the ladder, to stand shoulder to shoulder with my male counterparts. I identify very strongly with Reebok’s #FitToFight campaign and especially with this year’s theme of ‘Girls Don’t Fight’.”

Concluding with a powerful message ‘Fight more, be more Human’, the campaign is a call to all women to be fearless in the face of adversity.