“Balu Mahendra and I shared a very close relationship. His debut film as a cameraman was with me. We used to sit and talk about films between shots. He used to listen to my scripts. So we had a bonding. In spite of being my senior he was a friend. When Balu directed his first film Kokila, I was his actor. Shobha, whom Balu loved, played the lead. It was again about a very unusual relationship. In Sadma, both Balu and I made a conscious decision to keep sex out of the relationship between me and Sridevi. Not that he or I was averse to the idea of sex on screen. We had grown up watching cinema from the world over. And I’d like to think we had imbibed a certain maturity in our outlook which showed in our work together. 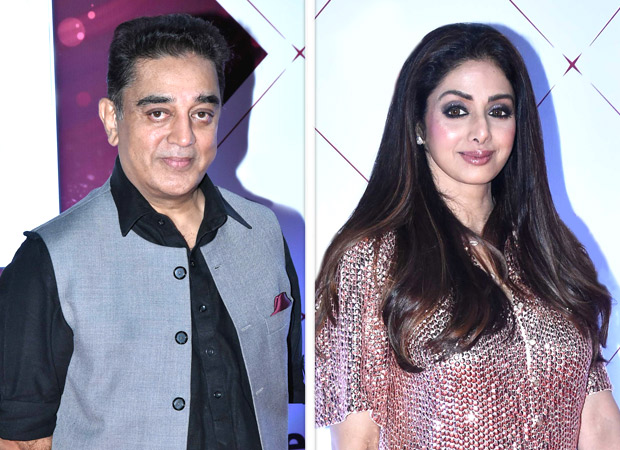 However, my character in Sadma finds Sridevi in a place that epitomizes sex. A brothel. It was like kichad mein Kamal Haasan, ha ha. That whole contrast between her innocence and the world at large was preserved in the way I cocoon, shelter and protect her from the outside world. My character was based on Balu Mahendra, who at that time was in love with Shobha, much younger to him. I had known the girl from my childhood. So I asked him what he was doing playing his creative cards so close to his chest. But he just kept quiet. And he was so senior. I couldn’t question him beyond a point. It was an artiste’s way of liberating himself from his anguished emotions. I heard Shobha committed suicide when I was shooting the climax of Ek Duuje Ke Liye. I just played my part instinctively. The railway-platform finale was partly my idea. Balu wanted a restrained finale where she drove off quietly. He was very minimalist in approach.

When Sridevi came on location, Balu gave her coconut to rub on her face. No makeup was allowed. The face was to be washed with soap only. And his unit was the smallest, I’ve ever worked with. There were only 12 people on location in Ooty. When he would see the size of my crew Balu would warn me, ‘I think you’re being had. You don’t need so many people.’ I knew something far more dramatic was needed in the climax. My character had to show the desperation of a man who’s losing the love of his life. How would a man react if he feels he would have to spend the rest of his life without love? I had to act like a man gone crazy with desperation as he watches his life go away. Usually directors are cautious about actors’ suggestions. But Balu who was very fixed in his ideas loved the idea of my character going berserk on the railway platform.

Silk was a brilliant mimic and could imbibe what she learnt. With due respects she was from a village. But she had astounding sense of fashion. She kept reading fashion magazines. Hers was a very hard life. She had gone through a lot. She used to share her horrific experiences with us. She would insist on cooking for Balu and me, though she was a terrible cook. She couldn’t even identify the ingredients. I lost touch with her soon after Sadma. Does Sridevi actually say she has learnt a lot from observing me? If she says so then I must say she’s good learner. The amount she invests into the camera is exemplary. There’s a dispute between Sridevi and me about how many films we’ve done together. She says it’s around 25 films. I say it’s a lot more. Moondram Pirai and its Hindi version Sadma are surely our best-known work together.”