Bollywood actress Kajol on Thursday shared a family picture on her Instagram handle on the occasion of her sister Tanishaa Mukerji’s birthday. 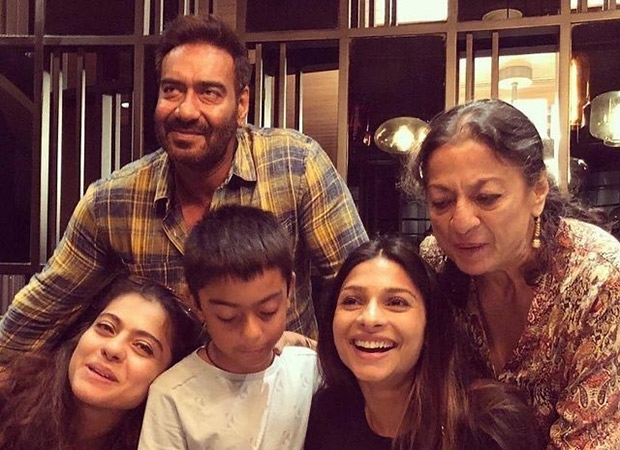 The shared photo features Ajay Devgn, Kajol, Yug, and mom Tanuja but Kajol’s daughter Nysa is missing from the frame. While sharing the picture, she captioned, “Happy Birthday my darling girl… wish you a wonderful fabulous year ahead. Love you to bits and pieces.”

Looking in the work terms, Kajol was last seen in the film Tribhanga released in Netflix and it is marked as digital debut, which was produced by Ajay Devgn and was directed by Renuka Shahane. Tanishaa made her Bollywood debut in the year 2003 and later she appeared in shows like Bigg Boss 7 and Fear Factor.

Also Read: Kajol uploads a funny, adorable post as she wishes her husband Ajay Devgn on her wedding anniversary