Ajay Devgn has completed 30 years in the industry. On the occasion of that several celebrities congratulated him for his contributions to the industry. When everybody got emotional and nostalgic, his wife, Kajol dwelled in the sea of nostalgia and expressed how she is proud of her husband. On Instagram, the actor posted an adorable photo with the Singham actor. 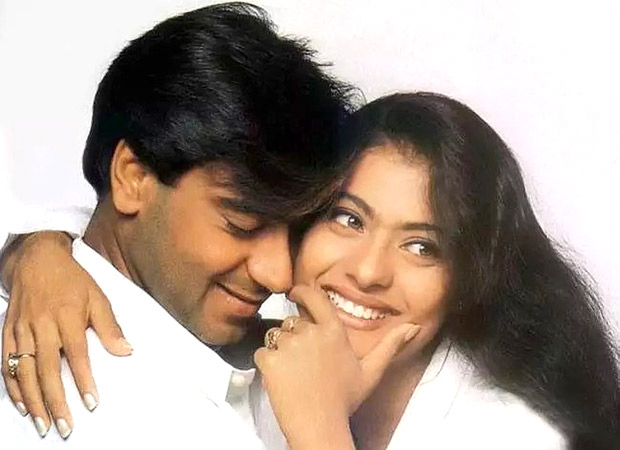 “Completing 30 years, 3 decades and god knows how many countless hours before that in cinema @ajaydevgn. With the same quiet steady dedication and just letting his work speak for him and what he thinks about the film industry. Respect always. Keep on rocking,” she wrote as the caption.

The 52-year-old began his professional career with Phool Aur Kaante in 1991 when he was just 22 years old. He then rose to fame with his action roles Jigar (1992), Sangram (1993), Dilwale (1994), and Diljale (1996). He went on to give critically acclaimed performances in Zakhm, Hum Dil De Chuke Sanam, Company, Deewangee, and The Legend of Bhagat Singh. He became youth’s favorite when decided to do Golmaal franchise.

His last release Tanhaji became one of his highest-grossing films. On Sunday, the actor announced his film Thank God. “Happy to announce that Thank God, a slice of life hilarious film with a message will release on 29th July 2022,” he shared. The Indra Kumar directorial also stars Rakul Preet Singh and Sidharth Malhotra.

Akshay Kumar shared a candid image from the sets of Sooryavanshi and recalled his old days with Ajay Devgn. “Mujhe yaad hai when as newbies, main aur tu saath saath Juhu beach pe martial arts practice karte the when your dad used to train us. Kya din the yaar @ajaydevgn, and just like that it’s been 30 years to #PhoolAurKaante. Time flies, friendship stays!” he tweeted.

SS Rajamouli said Ajay Devgn’s “dedication and passion towards cinema are unmatchable,” adding it was a pleasure to associate with him for RRR.

Congratulations @ajaydevgn sir for completing 30 years in the film industry. Your dedication and passion towards cinema are unmatchable. Wishing you many more successes in the years to come..:)

It was a pleasure to be associated with you for #Makkhi and to have you in #RRRMovie. pic.twitter.com/G34H8wf3Uy

Ajay Devgn’s social media handles were blooming with wishes and well-wishers including Sunil Shetty who tweeted, “#TeesSaalBaad AJ still smashing evil & doing #GolMaal onscreen. One of the finest friends, costars, ever. Always there for my family & me. Truly #MrNiceGuy. Wishing you only Phools & no kaantes always,” Suniel Shetty tweeted.

Also Read: ‘What more can I wish him’ says Kajol when asked about why she didn’t wish Shah Rukh Khan on his birthday