The recently launched trailer of the Kajol-starrer Salaam Venky has managed to garner a positive response. While a section of moviegoers is waiting for its release, the star cast has already kickstarted the promotions of the film. Interestingly, Kajol will grace the judges' panel of Jhalak Dikhhla Jaa Season 10 this weekend. As her friend and filmmaker Karan Johar is already seated on the judges' panel, the upcoming episodes will be filled with fun. 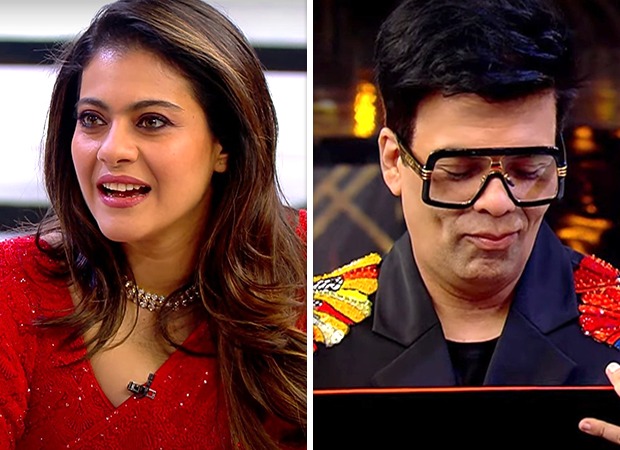 Apart from spectacular performances from the celebrity contestants, the viewers will also get a dose of entertainment. In a fun activity, host Maniesh Paul requested Kajol and Karan to come on the stage. Maniesh asks Karan to name Kajol’s crush from the film industry except for Ajay Devgn, who is her husband. While Karan immediately started writing the name on a black slate, Kajol can be seen sitting clueless.

“She had a big crush on…” says Karan and shows his slate, which read the name of actor Akshay Kumar. Without denying it, Kajol’s smile agreed with Karan’s answer. As the activity continues, Paul asks Kajol - what would be KJo’s alternative career if he was not a director. Writing a hilarious response to it Kajol suggested a choreographer. At the end of the promo video, Kajol and Karan re-create the popular characters Rahul and Anjali’s iconic greeting style.

Coming back to Salaam Venky, it also stars Vishal Jethwa of Mardaani 2 fame. The upcoming film is a heartwarming story of a mother-son duo that teaches the true meaning of the celebration of life.