Ajay Devgn and Kajol are truly a lovely couple and doting parents. They have always made sure to spend time with family even during their busy schedules. As their daughter Nysa Devgn studies abroad, the family makes sure to have family time whenever she is in India or visits her in Singapore. As their son Yug turned 8 on Thursday, there are pictures to prove that they are the coolest parents. 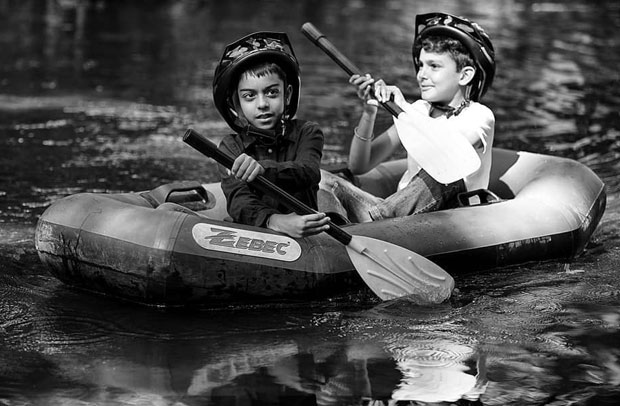 Kajol shared a lovely photo of Yug Devgn from a while back in which he is playing in the snow. She captioned it, "Happy birthday to me....... all of eight and growing more every day. Love u to the moon and back my sweet boy!"

Even Ajay Devgn shared a black and white photo of his son Yug with his friend while enjoying some adventure time. "Eight complete... on my way to nine! Thank you for all your love!" he wrote alongside the photo.

On the work front, Ajay Devgn will be seen in Indra Kumar’s Total Dhamaal. It is co-produced by Ajay Devgn and Fox Star Studios. Madhuri Dixit and Anil Kapoor have joined the cast. The other Dhamaal regulars – Arshad Warsi, Riteish Deshmukh, Jaaved Jaaferi and Ashish Chowdhry – have been retained. Additionally, Boman Irani, Sanjay Mishra, Vijay Patkar and Niharica Raizada have joined the star cast. The third installment in the franchise will release on December 7, 2018. 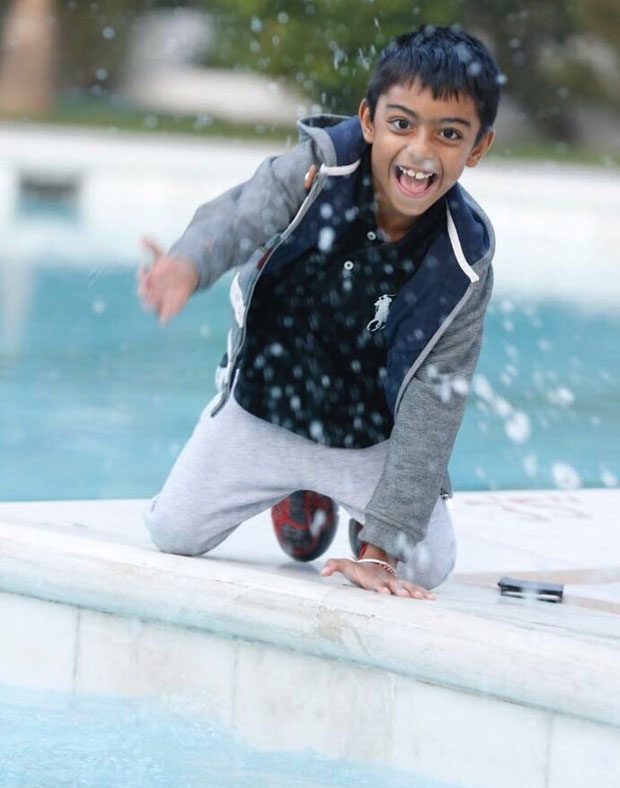 Besides this film, Ajay Devgn has signed two Luv Ranjan films- one with Rakul Preet Singh and Tabu and other with Ranbir Kapoor as the lead. He also has the Chanakya film with Neeraj Pandey.

Kajol, on the other hand, is currently promoting her upcoming film Helicopter Eela. It is an adaptation of the renowned Gujarati play Beta Kagdo. The actress will reportedly play an aspiring singer who is also a single mother. It is produced by Kajol’s husband Ajay Devgn and Jayantilal Gada (Pen India Limited) the film. The film will release on October 12, 2018.