Actress Kajal Aggarwal who works dominantly in the South Indian film industry enjoys a huge fan base. The actress who is currently vacationing in the Maldives has taken the internet by a storm with her bikini photos shot at the picturesque locations of Maldives. 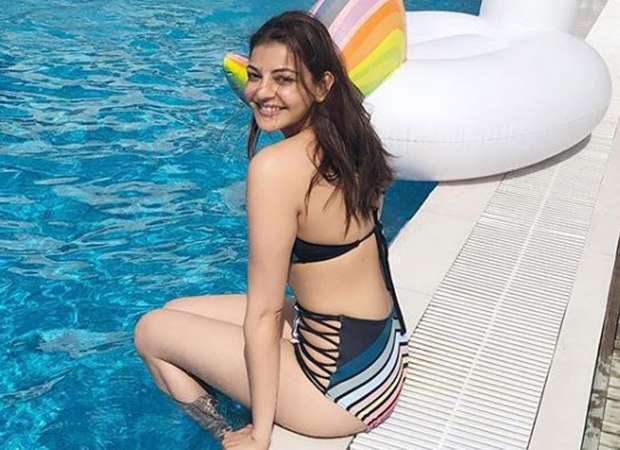 Kajal Aggarwal shared multiple bikini photos on her Instagram handle. In one of the pictures, Kajal can be seen in enjoying a flamingo pool float dressed in a multi-coloured bikini.  Having wrapped her work commitments for the year, Kajal Aggarwal took to Maldives with her parents and sister Nisha.

More than a forever friend. Joy to the heart and love without end ! @nishaaggarwal

A few days ago, she shared multiple photos of herself chilling at the resort with her sister Nisha Aggarwal and nephew Ishaan Valecha. They also celebrated her mother's birthday there.

Meanwhile, on the work front, Kajal Agarwal will next be seen in the Kamal Haasan starrer Indian 2. The actress will also be seen in Sanjay Gupta’s film Mumbai Saga which also features Emraan Hashmi and John Abraham. Mumbai Saga is a gangster drama that is set to release in June 2020. The film will portray how Mumbai was filled with gangsters in late 80s and how the rice mills were shut down to make malls in the city. It also stars Suniel Shetty, Jackie Shroff, Gulshan Grover, Rohit Roy, Samir Soni, Amole Gupte and Prateik Babbar in key roles.