Akhtar Hussain Rizvi, known to the world as Kaifi Azmi, was unique—and that is an understatement. On the occasion of the birth centenary of the man who wrote several milestone songs and became a benchmark himself for poetic excellence, it is time to revisit the life and times of this extraordinary poet from Azamgarh. 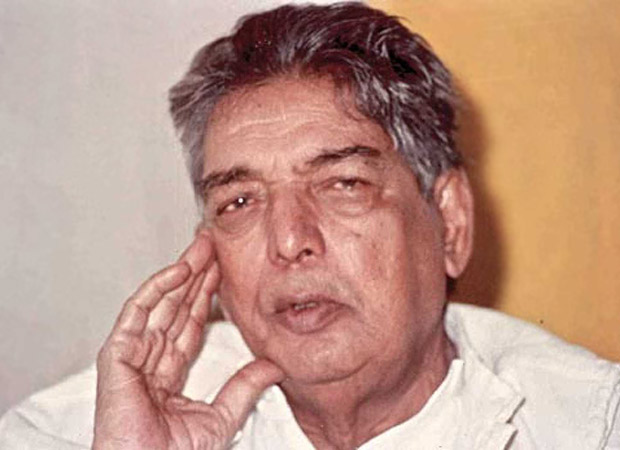 Honesty was a Kaifi Azmi leitmotif. He did come into films for money, like so many others, but he never compromised on literary standards even here. A confirmed Leftist and thus atheist, in a rare instance when it became a professional compulsion to write a bhajan, he wrote the classy devotional ‘Tu Hi Sagar Hai Tu Hi Kinara’ in Sankalp (1972). He also did a fine job of the qawwalis (a form of Sufi devotional music in their essence) in Suraag and Hanste Zakhm.

Kaifi’s professional and psychological canvas was broad enough to transcend narrow personal ideology. His angst at social inequality and communalism never interfered with the passionate romantic within him and, as daughter Shabana Azmi put it, the romantic poet within her father was never given the recognition he deserved.

And so for the master pen-man, romance came as something from the heart rather than art—an ardent, undiluted passion. When Kaifi fell in love with his future wife Shaukat, he had written her a letter in blood. When his son Baba wanted to marry actor Tanvi, a Hindu who was yesteryear actor Usha Kiron’s daughter, and she objected, Kaifi himself went to her house and said that he was prepared to build a temple for Usha’s daughter within his home! His only request was that his son and her daughter should be happy together.

And so, Kaifi never wrote anything that he did not mean. Perhaps this was the reason why Kaifi, like his ‘Hindi’ counterpart Neeraj (they both share the Padma Shri honour), ranks as an A-lister in cinema despite a far lesser output than other giant names.

Kaifi believed in setting benchmarks rather than following any. His ‘Ab Tumhare Hawala Watan Saathiyon’ and ‘Hoke Majboor Mujhe Ussne Bulaya Hoga’ (Haqeeqat) have yet to have equals in their genres, despite his son-in-law Javed Akhtar following the latter concept in ‘Sandesen Aate Hain’ (Border).

His terrific grasp at all aspects of writing even for cinema (he co-scripted Yahudi Ki Beti, Kanneshwar Rama, Garm Hawa, Manthan and even Gulzar’s serial on Mirza Ghalib) led to his writing – for staunch loyalist Chetan Anand – Hindi cinema’s only complete film in verse. And proof, if still needed, of his intense romantic outlook comes from the fact that even this film was an ode to romance – Heer Ranjha (1970). This silver jubilee hit with unforgettable Kaifi Azmi songs as well, like ‘Milo Na Tum To Hum Ghabraye’.

His enigmatic persona saw Kaifi as an all-rounder in his own way – writer, a poet-lyricist, a social and political activist, romantic, visionary and revolutionary. For good measure, the man faced the camera in Naseem at 75 and did a great job as a grandfather who douses communal passions. It was that honest, personal touch again.