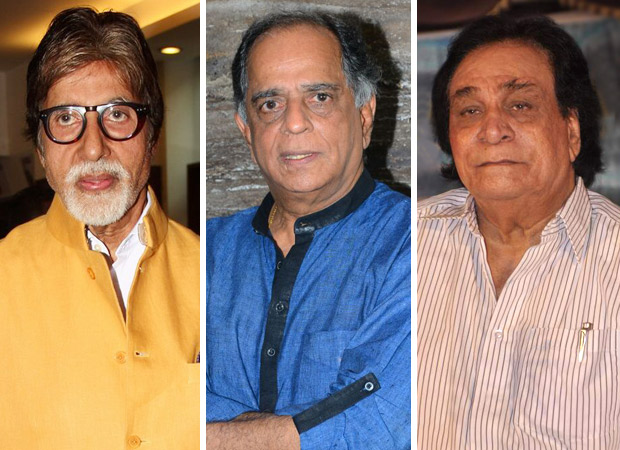 Sadly death doesn’t come at an opportune time. Kader Saab had it coming for some time. He suffered from a nerve -degenerative disease which left him paralyzed. For close to 40 years Kaderbhai ruled Bollywood as writer and actor. He was associated with many of Amitabh Bachchan’s and Govinda’s biggest hits.

Pahlaj Nihalani who has worked closely with Kader bhai says, “I don’t know of any talent in Bollywood who was as in-demand as Kader Saab. He used to be writing and acting in 5-6 films at the same time in the 1970s, 80s and 90s. He was so busy that he would dole out dates in hours. For my Aankhen I wanted him in a double role. He pleaded off. But I insisted. I told him to just give me four hours for one day and then I’d manage. My trick was to get him on board. Once he was signed he’d have no choice but to give me more dates. And that’s what happened.”

If Nihalani had his way he would have worked in several other films with Kader Khan, “We did some films like Aankhen, Andaz. In fact I wanted him for the role that went to Anupam Kher in Shola Aur Shabnam. But he just didn’t have time.”

As a human being and a professional Nihalani rates Kader saab next to none, “I’ve rarely seen anyone in the film industry who was as helpful supportive and committed as Kader bhai. He was never just an actor or a writer in a project. He jumped into it the whole hog. A part of the success of Amitabh Bachchan and Govinda must go to Kader bhai for his writing. He used to drop in at my restaurant Nagina on Grant Road (Mumbai) before his shooting in that locality. Meeting him was always like running into an embodiment of the Hindi film industry. He could do anything, and he did everything. It’s a pity his health began to fail in the last ten years. Kader bhai had so much more to give.”

Adds Mr Bachchan, “It's now being confirmed by his son as per media that he has passed away. Condolences and prayers. A most talented actor writer and delightful company .. he wrote some exceptional films for me .. and worked in several of the most successful ones ..

Many may not know but he taught mathematics in his spare time. I would often see him solving mathematical problems in between shots. An irreparable loss.”

Also Read: Govinda remembers late Kader Khan, says he was not only his 'ustaad' but a 'father figure' too